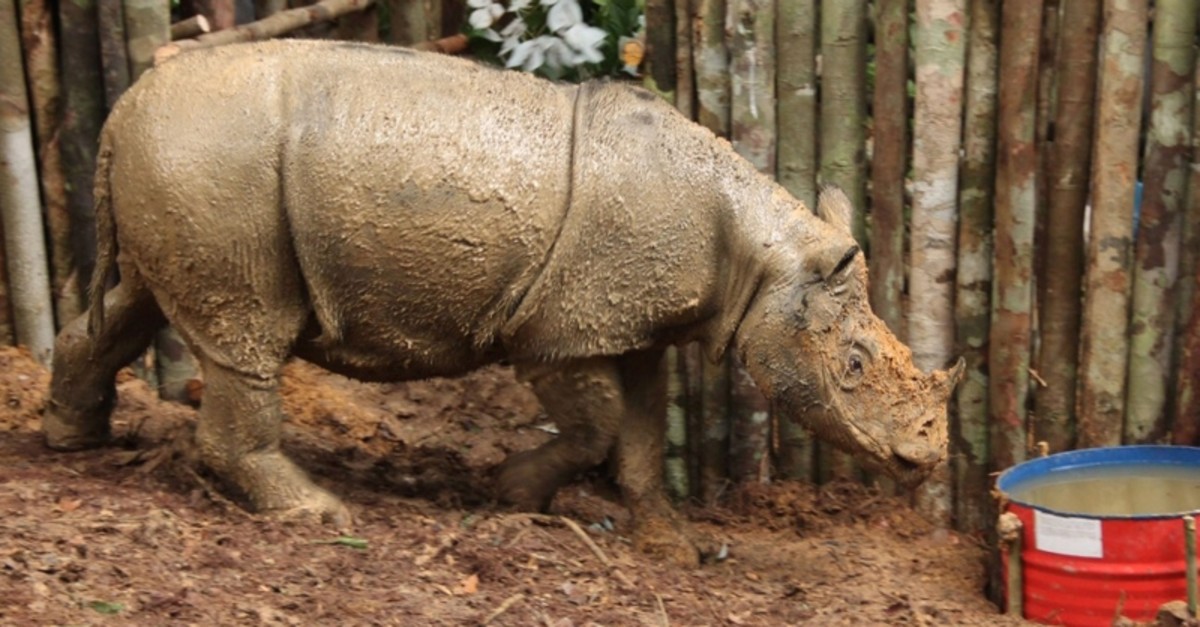 This undated handout photo released by the World Wildlife Fund (WWF-Indonesia) on March 23, 2016 shows a Sumatran rhino at a sanctuary in Kutai, East Kalimantan (AFP File Photo)
by May 27, 2019 11:29 am

Malaysia's last surviving male Sumatran rhino died on Monday in the eastern Borneo state of Sabah, according to local daily The Star.

Tam the rhino had been receiving intensive care for more than a week for what was suspected to be age-related liver and kidney problems, John Payne, executive director of the Borneo Rhino Alliance (BORA), told dpa.

Tam was estimated to have been at least in his mid-thirties. He was thought to be at least 20 years old when he was found wandering in an oil palm plantation in Sabah in 2008 before being rescued by wildlife authorities and placed in a protected reserve.

The average life expectancy of a Sumatran rhino ranges from 35 to 40 years.

The Sumatran rhino is considered a critically endangered species as a result of poaching for their horns for traditional medicine and illegal encroachment into key rhino habitats, according to the World Wide Fund for Nature.

Dwindling populations also mean that the remaining rhinos are so isolated that they may rarely if ever, meet to breed.

Efforts to boost the rhino population in Borneo have been largely futile, despite collaborating with wildlife parks in Indonesia and using advanced reproductive techniques like in-vitro fertilization.

Hopes that Tam would mate with two female rhinos were dashed after one was found to have multiple cysts in its uterus and another had uterine fibroids.