Under the burning sun, Kyrgyz Turks keep their traditions alive 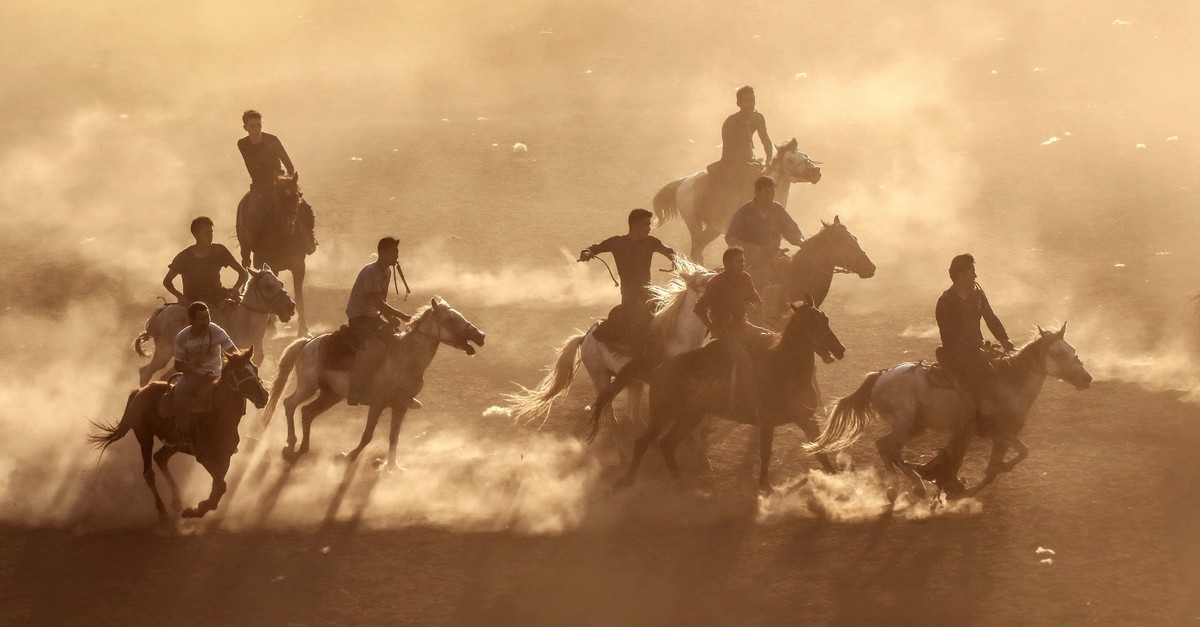 The Kyrgyz Turks, who migrated to eastern Turkey's Van decades ago, try to keep their cultures alive through their cuisine, lifestyle and sports. A few years back, the Kyrgyz Turks founded the Kökbörü Sports Club to keep the traditional Turkic game alive and find support for worldwide recognition. The traditional game of "Buzbaşı," widely known as Kökbörü, is played by two teams on horseback.

Players try to maneuver a goat's carcass or "ulak," replaced with a mold in modern-day games, and score by putting it into the opponents' goal.

The Kyrgyz Turks in Van play this game whether it is snowing or hot under the summer sun. They get on their horses and try to overcome their opponents while keeping the spirit of Central Asia alive.

Kökbörü was recognized by UNESCO's Representative List of the Intangible Cultural Heritage of Humanity in 2017. The game is considered "an expression of the cultural and historic tradition and spiritual identity of its practitioners and serves to unite communities regardless of social status, fostering a culture of teamwork, responsibility and respect" by UNESCO.

Van hosts a sizable Kyrgyz community, who left their homeland in the Pamir Highlands near Afghanistan following the Soviet invasion of Afghanistan in 1979. Most are settled in Ulupamir village and preserve their culture as well as their semi-nomadic lifestyle.