Out of service: Bird sets up a nest under truck's hood 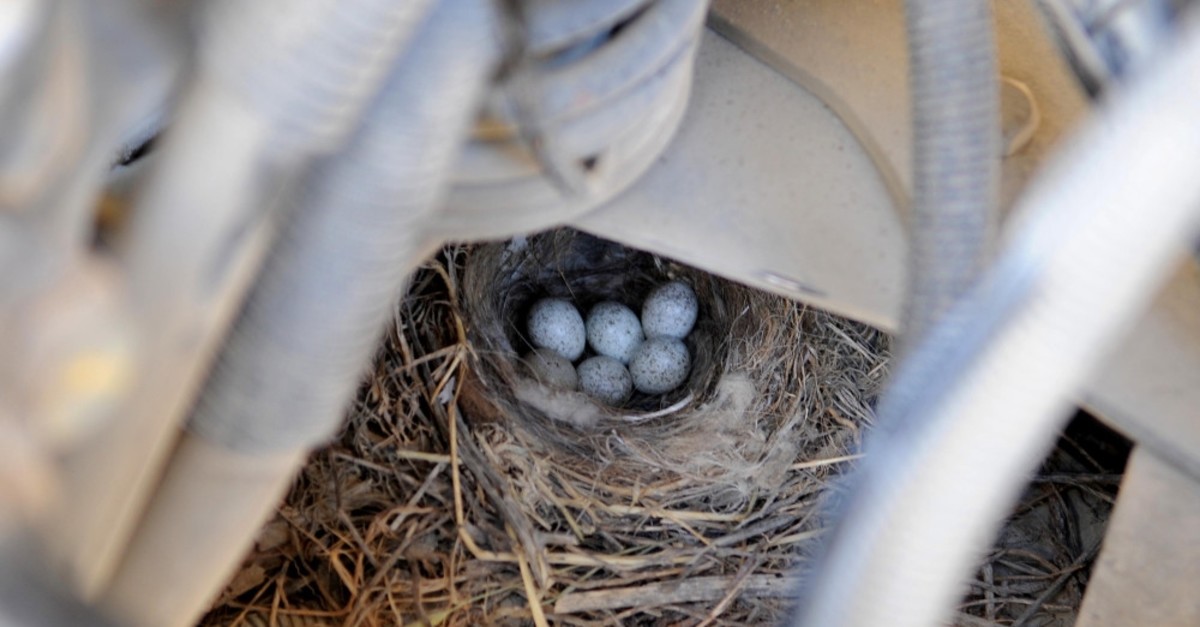 A truck working on road construction in the eastern Turkish province of Bingöl was taken out of service after a bird set up a nest under its hood.

Officials at the construction company decided that the truck would not be used in the ongoing construction of the Bingöl-Erzurum highway after they were informed that a bird built a nest inside the truck.

"Around 20 days ago, the bird was flying around the truck when it was in operation. Wherever the truck moved, the bird kept on following it. When we looked, we saw a bird's nest," İlyas Varol, 32, a repairman at the site of construction, told Anadolu Agency (AA).

"The bird had made a nest under the hood and there are six eggs inside. Upon the instruction of our chief, we decided not to use the truck for the time being," Varol said. The truck will remain off service until the eggs are hatched and the baby birds learn to fly, according to Varol.

Meanwhile, the workers do not allow anyone to go near the truck in order to avoid any possible harm to the nest and the eggs.