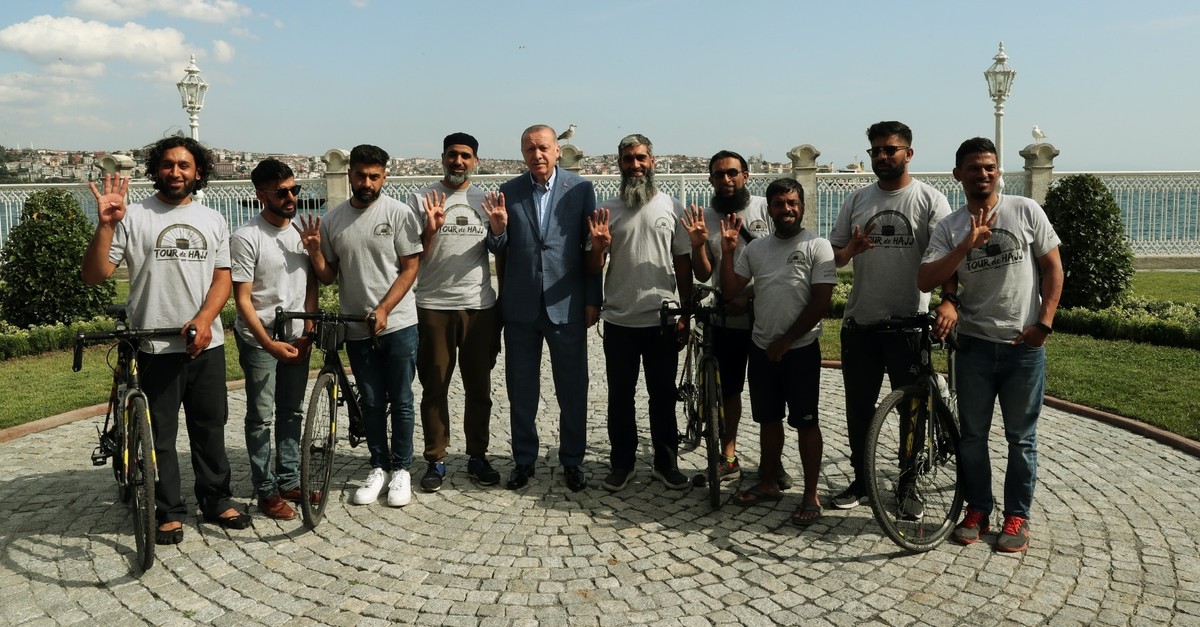 A group of English Muslims cycling from London to the holy city of Medina in Saudi Arabia took a break on Saturday in the Turkish metropolis of Istanbul.

While biking across continents, the eight Englishmen, who call themselves the "Tour de Hajj" — meaning pilgrimage — also hope to raise money for Muslims in need worldwide and raise awareness of their plight. The Tour de Hajj is pedaling across 17 different countries, with only a break to cross Syria and Iraq to reach Egypt by plane.

Speaking to Anadolu Agency (AA), cyclist Junaid Afzal expressed his happiness to be in Turkey and Istanbul, "the cradle of civilization and history."

Afzal also said he recommends making a pilgrimage by bike, adding: "It's about your will. In the Holy Quran, it says, 'When he [God] wishes for something to exist, he just commands it to exist, so it does.' That's how people should look at life."

Zain Lambat, another member of the group, said this is his first time making a pilgrimage, and added: "This journey is important in many ways. We're all on the road for our faith. We meet great people along the road and we have great stories.

"Thank goodness we had a great time as we made our way to places." Lambat stressed that everyone in the group wanted to visit Istanbul, saying: "Everywhere we went, there were Turkish mosques, and we met our Turkish brothers. They showed us incredible hospitality."

"If you have a really good intention to make a pilgrimage, God will surely make your way easier," Lambat said. "We set off with a very small budget, but God introduced to wonderful people along the way and provided for our sustenance."