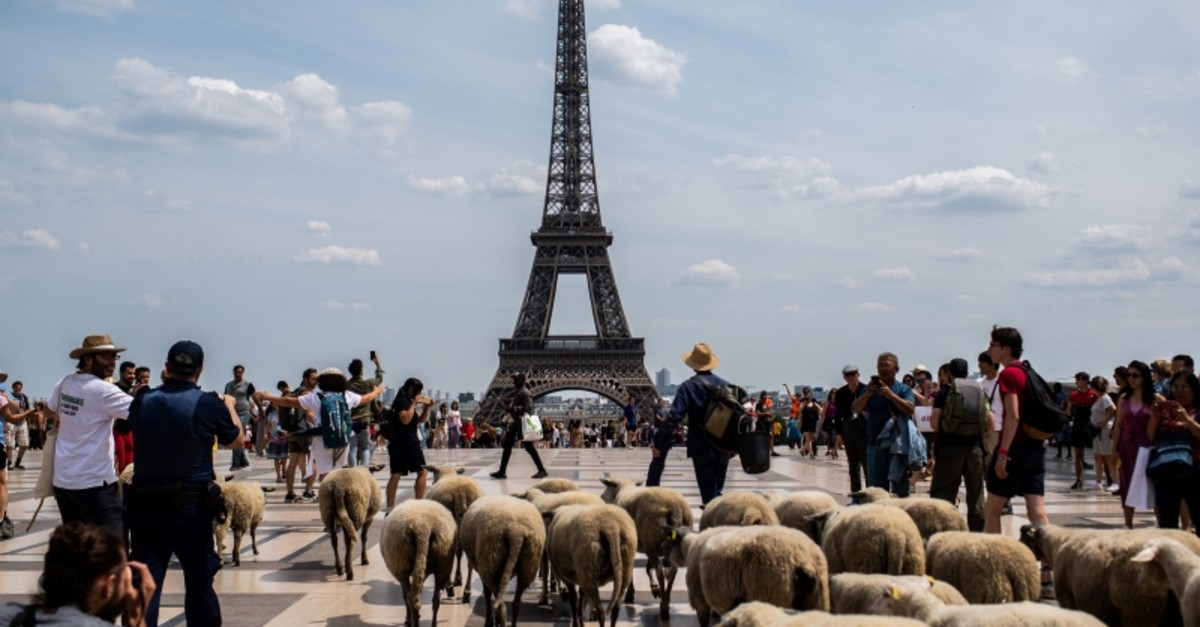 A flock of sheep that has taken a 140-kilometer (87-mile) tour around Paris, nibbling on the grass at historic monuments and housing blocks along the way, ended their 12-day journey on the banks of the river Seine on Wednesday.

The trip began in the low-income Parisian suburb of Seine-Saint-Denis on July 6 and ended on Wednesday with the 25-strong flock on the left bank of the Seine near the Trocadero gardens in central Paris.

It was organized by local authorities to highlight the advantages of urban farming, in collaboration with a group called Urban Shepherds based in Aubervilliers, just north of Paris.

Guided by two shepherds, the flock was monitored by policemen on scooters and volunteer "walkers" on foot who helped them cross roads as they moved around the capital.

"For us, the most important thing is to show that it's possible to have sheep in the city," Julie-Lou Dubreuilh, co-founder of Urban Shepherds, told AFP at the start of the trip.

"The idea is to show there is a new up-and-coming profession," added the group's other founder, Guillaume Leterrier. "It is possible to create exceptional microsectors of meat production while ensuring that green spaces are maintained like we've done in the last three years."

Dubreuilh and Leterrier both have contracts with social housing landlords to let their animals graze on a weekly basis on the public housing estates of Seine-Saint-Denis.

The unusual presence of livestock caught the attention of many amused Parisians and motorists -- with some taking pictures or bleating in support.

Groups in Lyon, Marseille and Bruxelles are also experimenting with urban sheep.