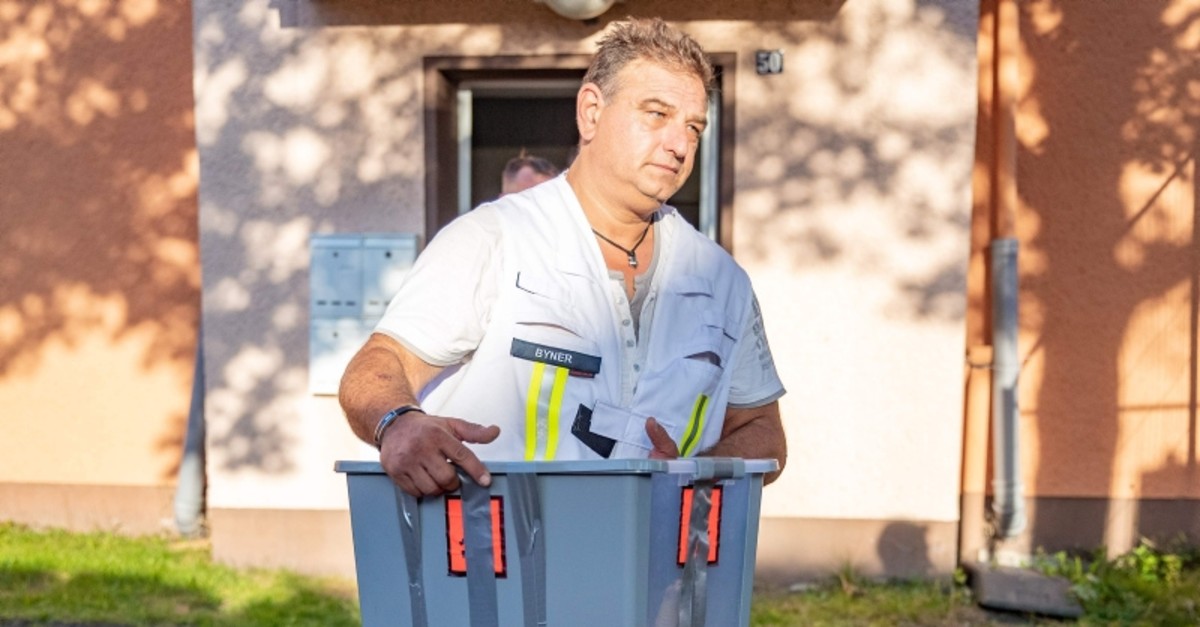 This picture taken on August 30, 2019 shows a snake expert carring a box with the cobra in it after it was found in a residential building in Herne, western Germany (AFP Photo)
by Aug 30, 2019 8:19 pm

A 1.4-meter monocled cobra that spent several days on the loose in an apartment complex in western Germany was finally captured on Friday, local officials said.

The highly poisonous snake was caught under a step at the entrance to the cellar, after being spotted earlier in the day for the first time since authorities were alerted five days ago.

The snake is alive and no one was injured.

The creature was first spotted by a resident in one of the complex's four stairwells on Sunday, causing the 30 residents of the complex to be evacuated and a team of experts to be deployed to retrieve it.

Residents had been told shortly before the cobra was captured that they could return to their homes and that the team had trapped the snake in a place where it would eventually die.

The snake was definitely not in any of the apartments or hallways, and the attics and cellars had been sealed off so it would not be able to get out, said Johannes Chudziak, the head of the German city's administrative office.

"We assume that our measures have isolated the snake in the building and that it will die as a result of water and food shortages," he said.

On Monday, the authorities seized a collection of 20 poisonous snakes in the apartment of one of the residents. He maintains that the monocled cobra is not his.

Earlier in the week, reptile experts had scattered flour in the building in order to see any tracks the cobra may have left - without success.

If bitten by a monocled cobra, a person can die within minutes.