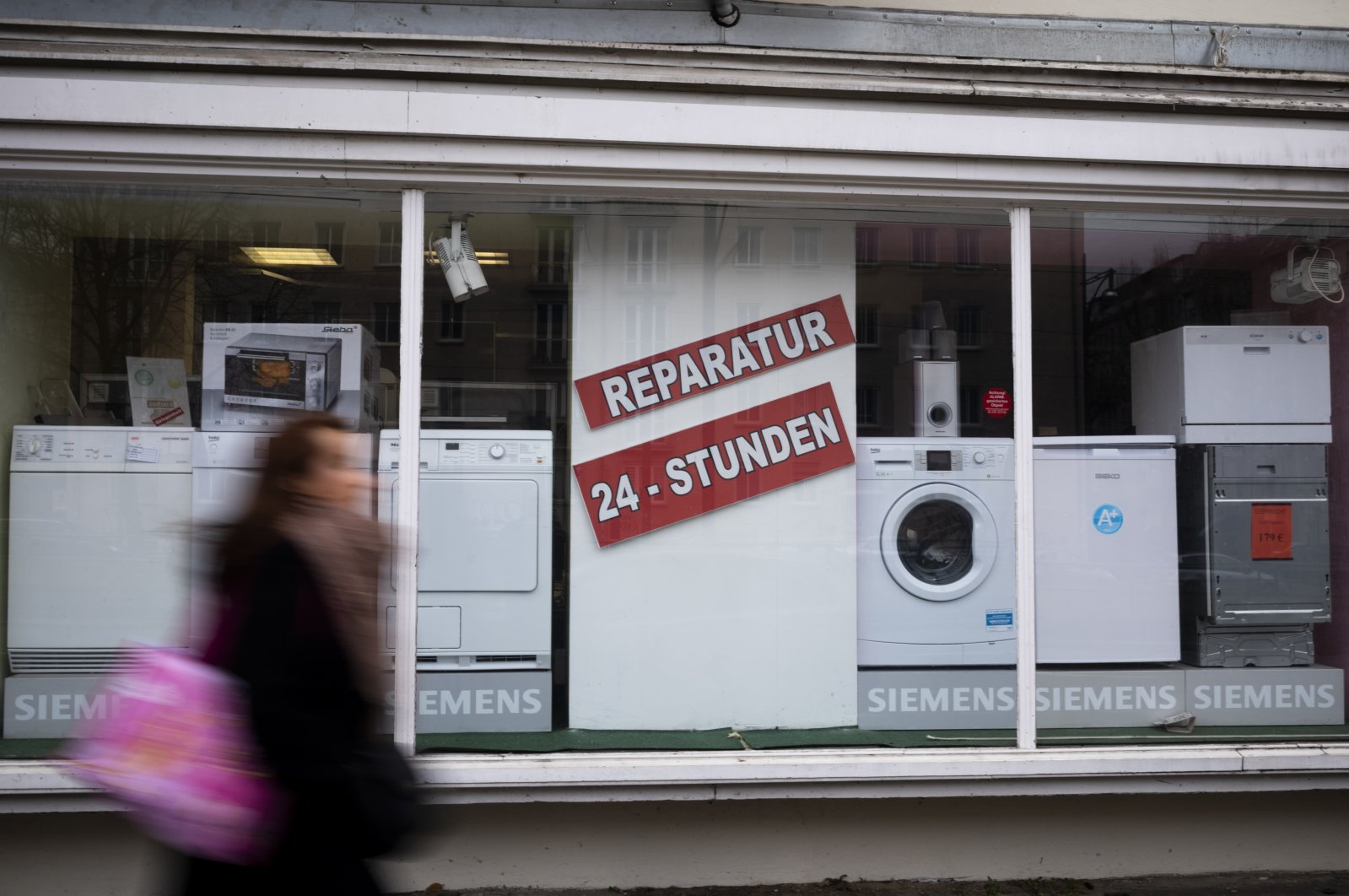 From Monday onward, all companies that sell household appliances such as refrigerators, washing machines, hairdryers or TVs in the European Union will need to guarantee their customers that they can be repaired for up to 10 years in the 27-nation bloc's latest effort to help reduce growing electrical waste.

The "right to repair," as it is sometimes called, is part of the EU's broader effort to cut the environmental footprint of manufactured goods by making them more durable and energy-efficient.

“This is a really big step in the right direction,” said Daniel Affelt of the environmental group BUND-Berlin, which runs several "repair cafes" where people can bring in their broken appliances and get help fixing them up again.

Modern appliances are often glued or riveted together, he said. “If you need specialist tools or have to break open the device, then you can’t repair it.”

Lack of spare parts is another problem, campaigners say. Sometimes a single broken tooth on a tiny plastic sprocket can throw a proverbial wrench in the works.

“People want to repair their appliances,” Affelt said. “When you tell them that there are no spare parts for a device that’s only a couple of years old, then they are obviously really frustrated by that.”

Under the new EU rules, manufacturers will have to ensure parts are available for up to a decade, though some will only be provided to professional repair companies to ensure they are installed correctly. New devices will also have to come with repair manuals and be made in such a way that they can be dismantled using conventional tools when they really can't be fixed anymore, to improve recycling.

Each year, Europeans produce more than 16 kilograms (35 pounds) of electrical waste per person. About half of that junk is due to broken household appliances, and the EU recycles only about 40% of it, leaving behind huge amounts of potentially hazardous material. E-waste levels worldwide have grown 20% over the last five years.

German Environment Minister Svenja Schulze said that in the next step, manufacturers should have to state how long a product is expected to work and repair it if it breaks down earlier. This would encourage companies to build more durable products, she said.

“In the repair cafes we see a lot of devices that broke shortly after the warranty expired,” said Affelt – a phenomenon that has prompted some environmentalists to accuse manufacturers of designing their devices with planned obsolescence.

Knowing an appliance will really last for a decade might prompt consumers to choose products that are more durable or can be easily fixed, he said.

“For the vast majority of devices, repair is the right choice," said Affelt, adding that the exception might be old, inefficient refrigerators that can contain powerful greenhouse gases which fuel climate change.

In the next step, environmentalists and consumer rights groups want the “right to repair” expanded to include smartphones, laptops and other small electrical devices. Responding to growing demand, Apple last year announced it would start providing training and spare parts to certified independent repair stores fixing Mac computers, not just iPhones.

Right to repair bills have been introduced in several U.S. state legislatures, attracting bipartisan support, though as yet there is no nationwide measure in force.

Sweden has gone further than most of the EU, making repairs and spare parts subject to lower value-added tax.

The bloc's ecological design directive – of which the right to repair requirement is a part – will also revise existing energy labels that describe how much electricity washers and other household devices consume. The new seven-step scale from A to G will be complemented by a QR code that provides consumers with further information, such as how loud the devices are.