From Gaziantep to Glasgow: Little Amal makes her way to COP26 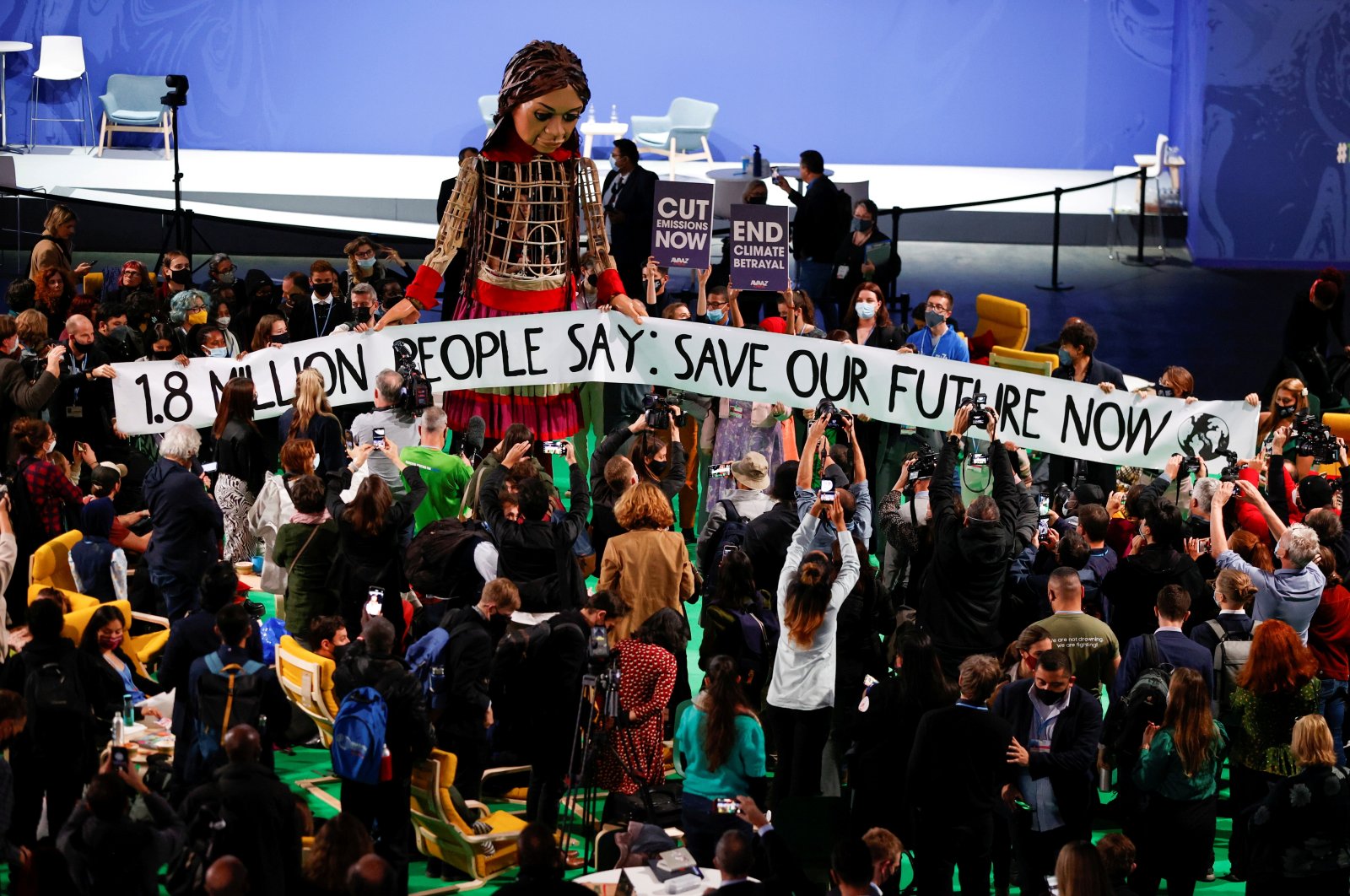 After walking thousands of miles across Europe, a giant puppet named Little Amal reached the Glasgow COP26 talks Tuesday to raise awareness of the plight of refugee children on the front line of climate change.

On Gender Day, the 3.5-meter (11 feet) tall Amal – a figure representing a young Syrian refugee girl – opened the plenary session of the talks, together with Samoan climate activist Brianna Fruean.

Before the audience of climate negotiators, the pair exchanged gifts – a flower, representing light and hope, from Fruean and a bag of seeds from Little Amal.

Fruean called on the climate talks "to work and fight so that all little girls inherit the world that they deserve, to lay the foundation for change to grow."

The seeds, she said, were to remind the negotiators of their "role as planters of a global future" and that the real work will happen after the climate talks, scheduled to end on Friday, when efforts should begin to put words into action to cap the global temperature rise.

After leaving the conference hall, Little Amal – named after the Arabic word for hope – was led away by her puppeteers to meet other climate campaigners.

As well as the seeds, she has delivered to the talks an open letter, organized by climate campaigners Avaaz, calling for urgent emission cuts and signed by 1.8 million people around the world.

The Handspring Puppet Company, based in Cape Town, South Africa, created Little Amal, who began her journey on July 27 in Gaziantep, Turkey, near the Syrian border, and has followed in the footsteps of thousands of refugees.