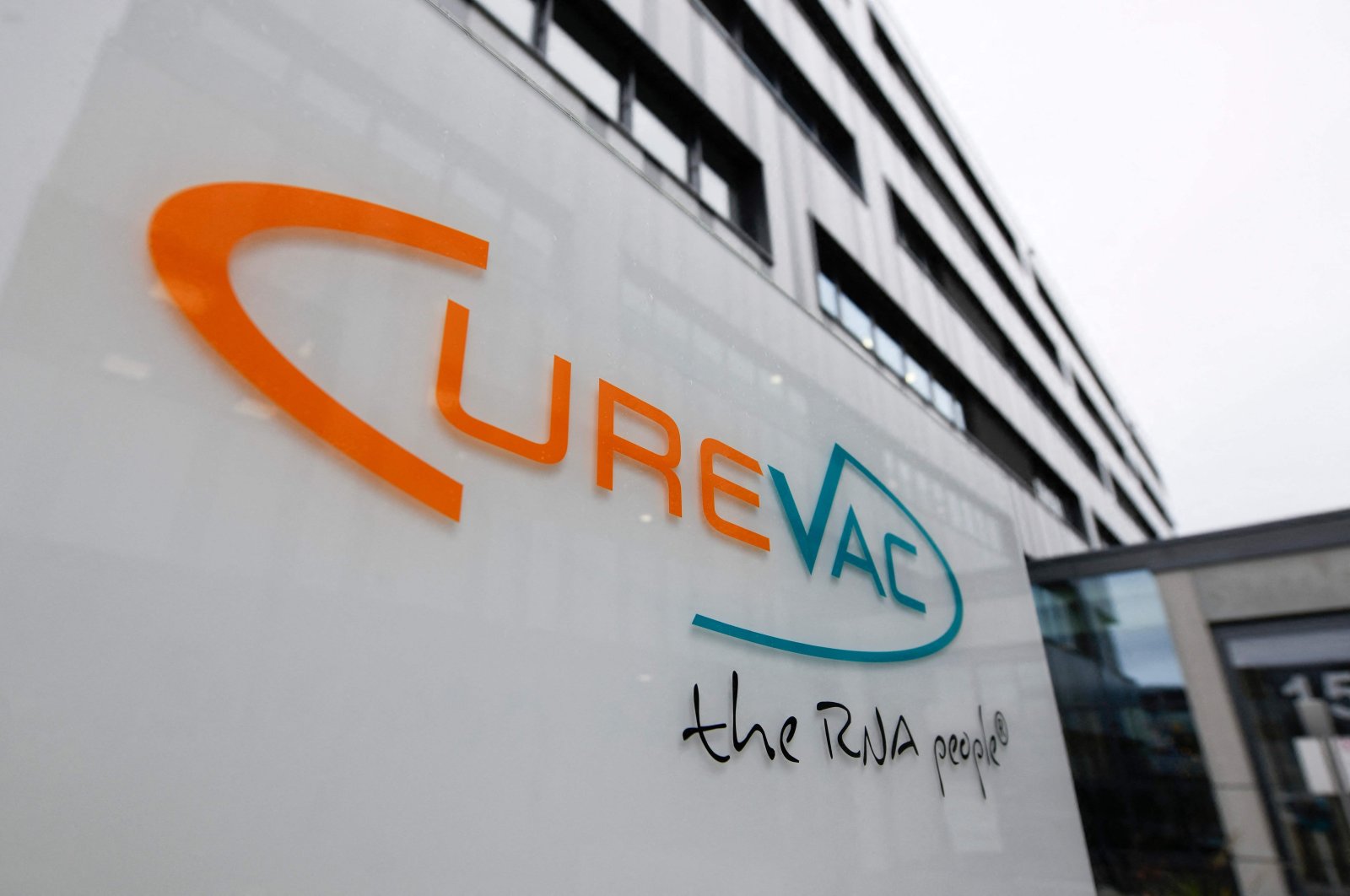 The logo of the biopharmaceutical company CureVac is displayed in front of the company's headquarters in Tuebingen, southern Germany, Dec. 15, 2020. (AFP File Photo)
by French Press Agency - AFP
Jul 01, 2021 9:13 am

The rate is far lower than those developed by mRNA rivals Pfizer-BioNTech and Moderna.

The outcome had been expected after poor interim data were released earlier this month.

The company in part blamed "the unprecedented context of 15 strains circulating" among the trial volunteers, as well as varying responses across age groups.

The COVID-19 vaccines developed by Germany's BioNTech in partnership with United States giant Pfizer and by U.S. firm Moderna – based on the same novel messenger RNA technology – were approved earlier on in the pandemic after showing around 95% efficacy.

Their trials only had to contend with the original strain of the virus. But recent studies indicate that both vaccines also offer strong protection against the newer, more contagious variants.

CureVac said its jab, known as CVnCoV, did slightly better among people aged 18 to 60 than among older ages, with efficacy climbing to 53%.

Among that same 18-60 age group, the vaccine offered 100% protection against hospitalization and death.

In a statement, CEO Franz-Werner Haas said "CVnCoV demonstrates a strong public health value (for people aged 18 to 60), which we believe will be an important contribution to help manage the COVID-19 pandemic and the dynamic variant spread."

CureVac's late-stage Phase 2b/3 trial involved some 40,000 people in 10 countries in Europe and Latin America. Of those, 228 contracted the coronavirus.

CureVac said in May that independent analysis "found no safety concerns" with its two-dose vaccine.

The Tuebingen-based company has shared its data with the European Medicines Agency (EMA), which will now decide if the vaccine is good enough to be approved.

CureVac said it would give further details at a press conference Thursday.

Its share price fell by nearly 10% in after-hours trading.

The European Union has secured up to 405 million doses of the CureVac vaccine should it receive regulatory approval.

Despite being a laggard in the vaccine race, CureVac believes it has advantages over its mRNA competitors.

CureVac's product can be stored at standard refrigerator temperature, unlike the first-generation Pfizer-BioNTech and Moderna vaccines which require super-cold freezers.

CureVac's vaccine also requires a lower dosage of just 12 micrograms, compared to 30 micrograms for BioNTech and 100 for Moderna, allowing for faster and cheaper mass production.

These factors could possibly give CureVac an edge in poorer or warmer countries.

Scientists have said the weaker-than-hoped results may be down to the lower dosage, or even CureVac's recipe, which unlike its rivals uses an unmodified form of messenger RNA.

The company is already working on a second-generation COVID-19 vaccine together with pharma giant GlaxoSmithKline PLC (GSK). Early results on rats have been promising, it said. Clinical testing on humans is set to begin in the third quarter of 2021.

CureVac was founded in 2000 by mRNA pioneer Ingmar Hoerr and is backed by Dietmar Hopp, the German billionaire behind software behemoth SAP.

The German government last year took a 23% stake in CureVac for 300 million euros.