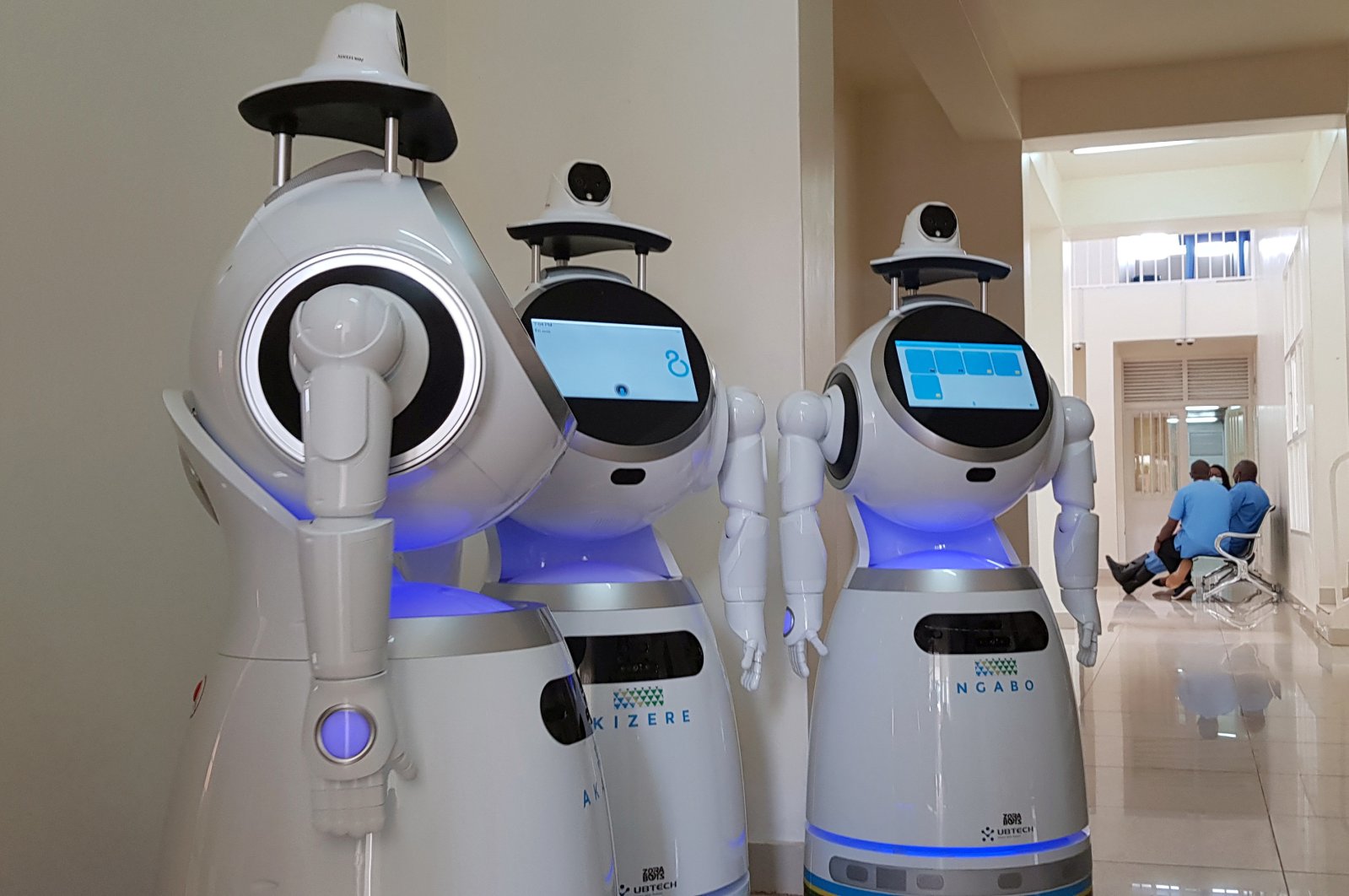 High-tech robots developed by Zora Bots, a Belgium-based company, and donated by the United Nations Development Program (UNDP) are seen during a demonstration at the Kanyinya treatment center that treats COVID-19 patients, in Kigali, Rwanda, May 29, 2020. (REUTERS Photo)
by Reuters
May 31, 2020 2:53 pm

Robots that speak more than 53 languages, detect fevers and determine if people are wearing face masks properly have been rolled out in Belgium as a first line of control in hospitals and shops.

People arriving at the University Hospital Antwerp starting Tuesday will answer questions online or at an interactive kiosk. The robot will scan a QR code, review their answers, check their temperature and determine if they are wearing a mask correctly.

Fabrice Goffin, chief executive of Belgium-based Zorabots, said his robots have been in hospitals, care homes and hotels since 2013 but have now found a new role. His robots will not test for COVID-19 but could provide useful signs.

"The big advantage of this robot relative to a fixed terminal is that the robot can move, can go toward people, can speak to people and speak in their native tongue. It speaks more than 53 languages," he told Reuters TV.

Michael Vanmechelen, manager of the hospital's operating theaters, said someone displaying signs of fever could be steered by the robot, a non-touch device, to a separate area.

The hospital typically receives 2,000 patients a day and is due to start readmitting visitors next week as life in Belgium returns to relative normality after the coronavirus lockdown.

Jan Bussels, head of Digitopia, which developed the software and interface, said the robot was designed to help take over repetitive work and allow overstretched medical staff to focus on their core job as caregivers. The robot was also able to learn on the job, he said.

The robots, typically costing 30,000 euros ($33,357), had also been sold to clinics in France, the Netherlands, the United States and Rwanda, and are also in some Belgian computer stores