Over 90% of recovered COVID-19 patients experience side effects, study shows 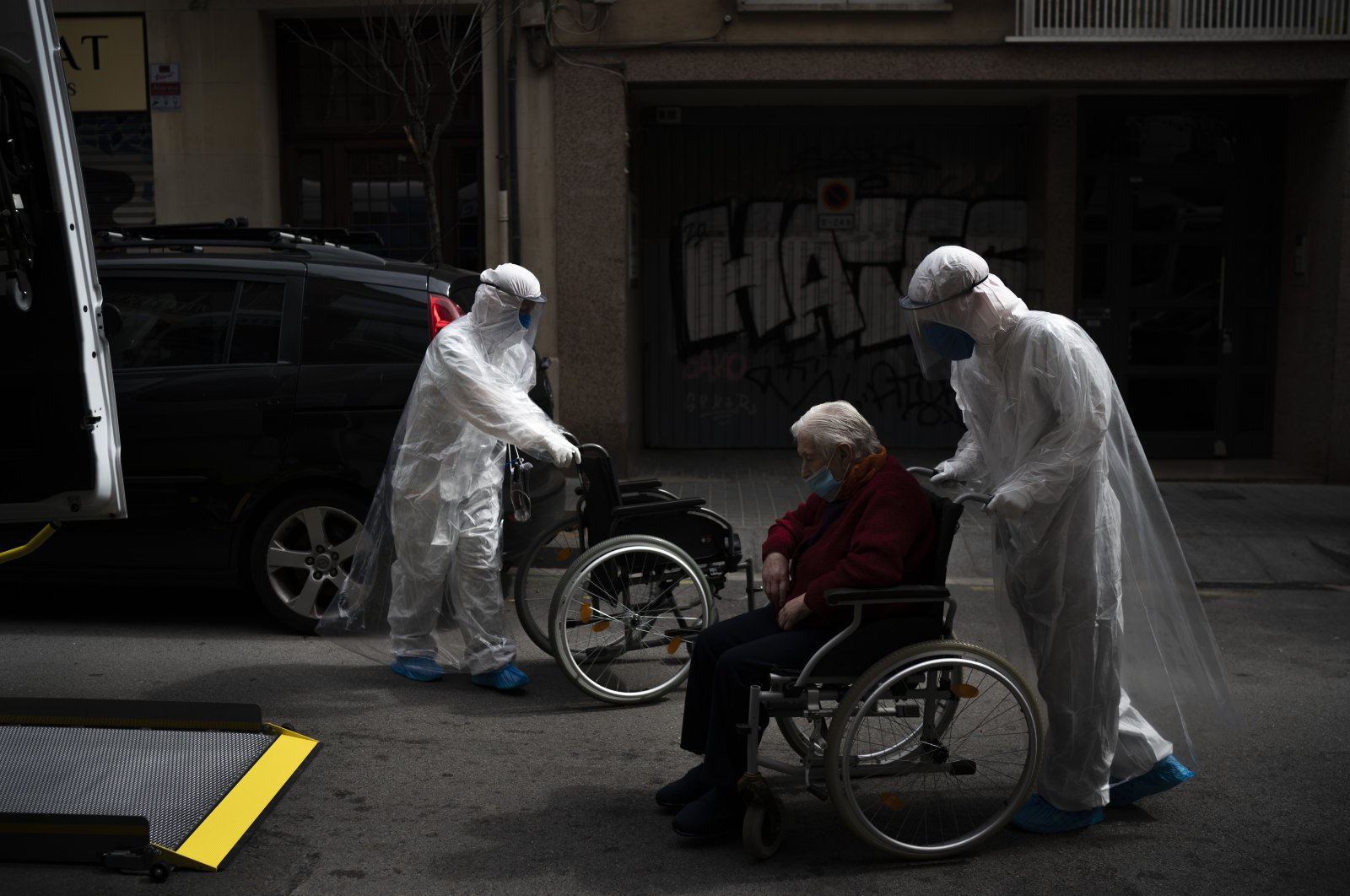 A volunteer of the Spanish nongovernmental organization Open Arms pushes an elderly resident of a nursing home who has coronavirus symptoms in a wheelchair to a hospital in Barcelona, Spain, April 11, 2020. (AP Photo)
by REUTERS
Sep 29, 2020 11:41 am

Nine in 10 coronavirus patients reported experiencing side effects such as fatigue, psychological aftereffects and loss of smell and taste after they recovered from the disease, according to a preliminary study by South Korea.

The research comes as the global death toll from COVID-19 passed 1 million on Tuesday, a grim milestone in a pandemic that has devastated the global economy, overloaded health systems and changed the way people live.

In an online survey of 965 recovered COVID-19 patients, 879 people or 91.1% responded they were suffering at least one side effect from the disease, the Korea Disease Control and Prevention Agency (KDCA) official Kwon Jun-wook told a briefing.

Fatigue was the most common side effect at 26.2% of respondents, followed by difficulty in concentration which had 24.6%, Kwon said.

Other aftereffects included psychological or mental side effects and loss of taste or smell.

Kim Shin-woo, professor of internal medicine at Kyungpook National University School of Medicine in Daegu, sought comments from 5,762 recovered patients in South Korea, and 16.7% of them participated in the survey, said Kwon.

While the research was done online for now, lead researcher Kim will soon publish the study with detailed analysis, he said.

South Korea is also conducting a separate study with some 16 medical organizations on potential complications of the disease through a detailed analysis involving CT scans on recovered patients next year, Kwon told the briefing.

The country reported 38 new infections by midnight on Monday, for a fifth day of double-digit increases, taking the national tally to 23,699 cases, with 407 deaths.