US universities use 'carrot and stick' to encourage COVID-19 jabs 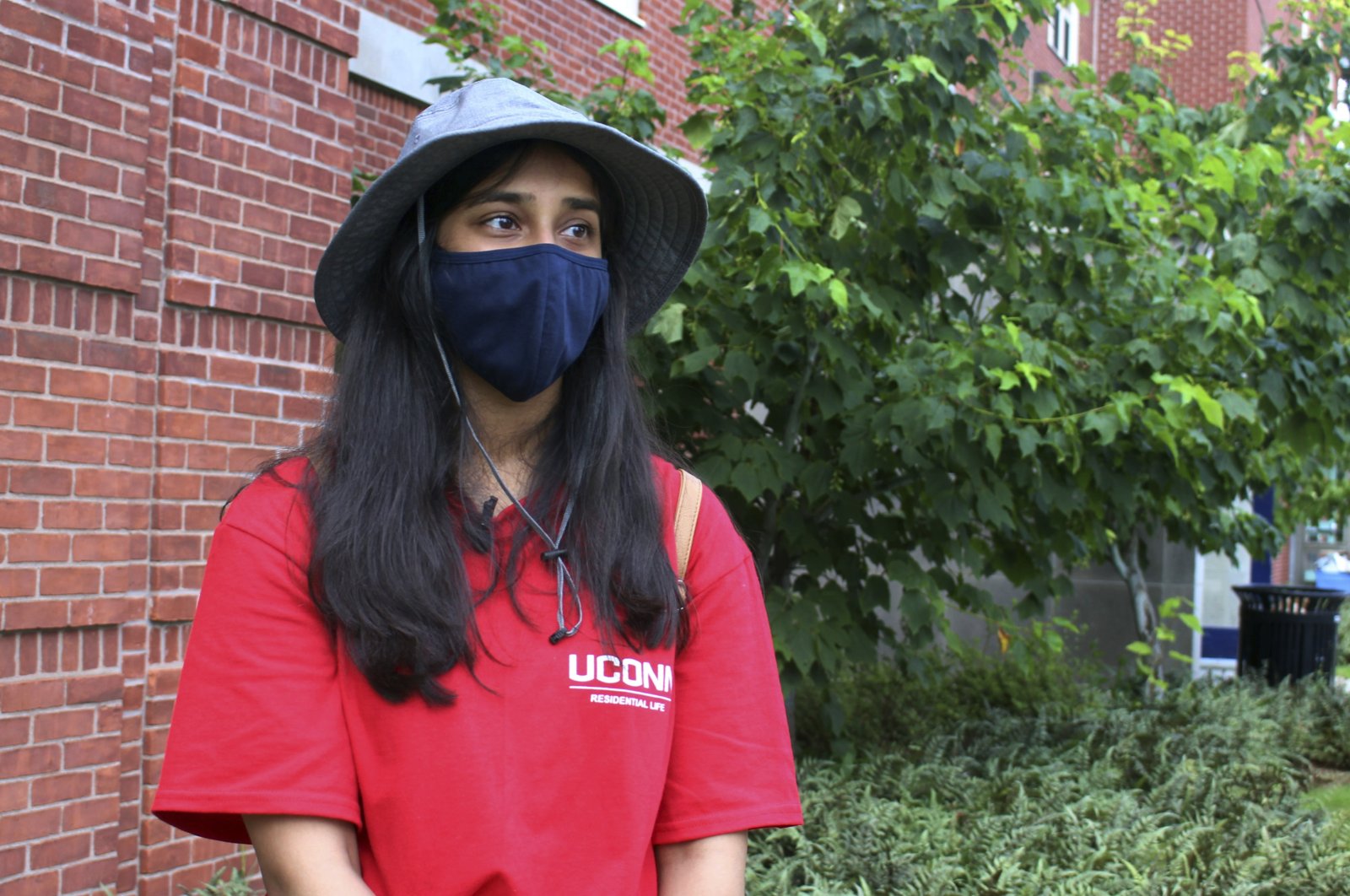 As university students in the U.S. head back to campus in droves this fall, many colleges are struggling with how to convince holdouts among the student body to get vaccinated ahead of the start of the new term, with some of these institutions resorting to gimmicks such as raffles that include prizes like partial tuition waivers, while others have gone to the other extreme and kicked out those who don't comply with mandates.

As a new semester begins amid a resurgence of the coronavirus, administrators and faculty nationwide see high vaccination rates as key to bringing some normalcy back to campus. Where mandates face political opposition, schools are relying on incentives and outreach to get more students vaccinated.

An analysis by The Associated Press shows 26 of the nation’s 50 largest public university campuses are not requiring vaccination, representing roughly 55% of students enrolled at those schools. The AP looked at the largest campuses by 2019-2020 enrollment that offer on-campus housing and award bachelor’s degrees.

Universities with vaccine mandates are concentrated in the Northeast and California. Almost all of those without mandates are in states that have restricted the ability to implement COVID-19 vaccine requirements, including Florida, Texas and Arizona.

Here is a look at approaches that three public universities are taking to get students vaccinated:

Students are required to be vaccinated, but the school has been lenient with those opposed to getting the shots. It has granted over 800 exemptions without denying a single request, no matter the reason.

Officials are working with students who have not complied with the mandate to understand their concerns about the vaccines, said the university’s interim president, Dr. Andrew Agwunobi, a pediatrician.

“We would be very sensitive to the fact that there is misinformation out there, that we might need to educate the student," he said. "So it’s about trying to work with that student to understand what their concerns are, trying to get them to the right place in terms of vaccinations.”

The campus set up clinics for unvaccinated students to get shots as they arrive. Among those who signed up was graduate student Cindy Barreto, who said it was hard to get an appointment back home in Brazil, where her brother was hospitalized in intensive care with the virus.

“I know people who are waiting to get the vaccine, and I would say don’t do that,” she said.

At the school in Storrs where 25% of classes were online last year, students are hoping for a better experience this fall. About 90% of classes were expected to be in person this semester at the university where about 11,000 of the 19,000 undergraduates live on campus. All students must wear masks indoors, and those who are unvaccinated face weekly testing.

“I was at my friend’s residence hall, and I was just talking to a bunch of people, and I was like, ‘I haven’t done this in a while, especially with people my age,’” said Sahiti Bhyravavahala, a sophomore from Avon, Connecticut, who spent her freshman year at home taking classes online. “So, yes, it does feel surreal for sure, overwhelming as well. But I’m also very excited to get to know people.”

Ten COVID-19 infections have been recorded among students since the semester began, according to UConn, where officials say 97% of students are vaccinated.

The Orlando campus is holding a raffle with prizes for vaccinated students, offering the shots at its student health center and rolling out a campaign urging students to get “Vacci-Knighted" – a play on the name of its sports teams, the Knights.

But an executive order from Republican Gov. Ron DeSantis prevents the school and other organizations in Florida from mandating vaccines.

Many professors are scared because they don't know who is vaccinated, said Joseph Harrington, a physics professor and chair of the UCF Faculty Senate. He's part of a group of state faculty petitioning the governor to allow schools to set their own policies.

“There are some large classes where students are sitting in the aisles because they’re afraid to sit next to other students,” Harrington said. “They want to be socially distanced, but they can’t, because we’re not allowed to reduce capacity because of COVID. We are required to teach in fully densified classrooms.”

In the first week of classes, random sampling found 72.6% of those surveyed had at least one vaccine dose, university spokesperson Chad Binette said. He said the school is using incentives to try to push that number higher, including the raffle where vaccinated students have a chance to win textbooks, computers and $5,000 worth of tuition and fee waivers.

The university says some 12,000 of its 72,000 students live on campus. It's recommending students wear masks inside.

Over the two weeks ending Sept. 11, the university reported 377 COVID-19 infections among students.

Students who don't comply with a school vaccine mandate or apply for a religious or medical exemption have been kicked out.

Near the start of the semester, 193 students had been unenrolled for not getting the shots, according to Dr. Christopher Holstege, director of student health and wellness. He said the policy aligns with requirements that students be vaccinated for other diseases such as measles and mumps.

The university called and sent emails and text messages to students who had not complied to work with them on getting their shots or an exemption, said Susan Davis, vice president for student affairs. She said all of those who were unenrolled will be welcomed back in January or later if they follow the mandate.

About 97% of the school’s 25,000 students and 92% of staff are vaccinated, officials said. Anyone on campus who is not vaccinated must wear a mask around others – indoors and outdoors – and undergo weekly COVID-19 testing.

So far this semester, the school has reported 255 COVID-19 cases among students.

It's offering more than 90% of classes in person, compared with last semester, when about half were online.

Mallory Griffin, a senior, said most students have no issue with the vaccine mandate.

“I think the consensus among at least everyone I’ve talked to and all of my friends is that we’re glad that everybody is vaccinated or getting vaccinated, because that just brings us one step closer to hopefully being able to return completely to normal,” Griffin said.