Could zinc-fortified wheat end malnutrition across the globe? 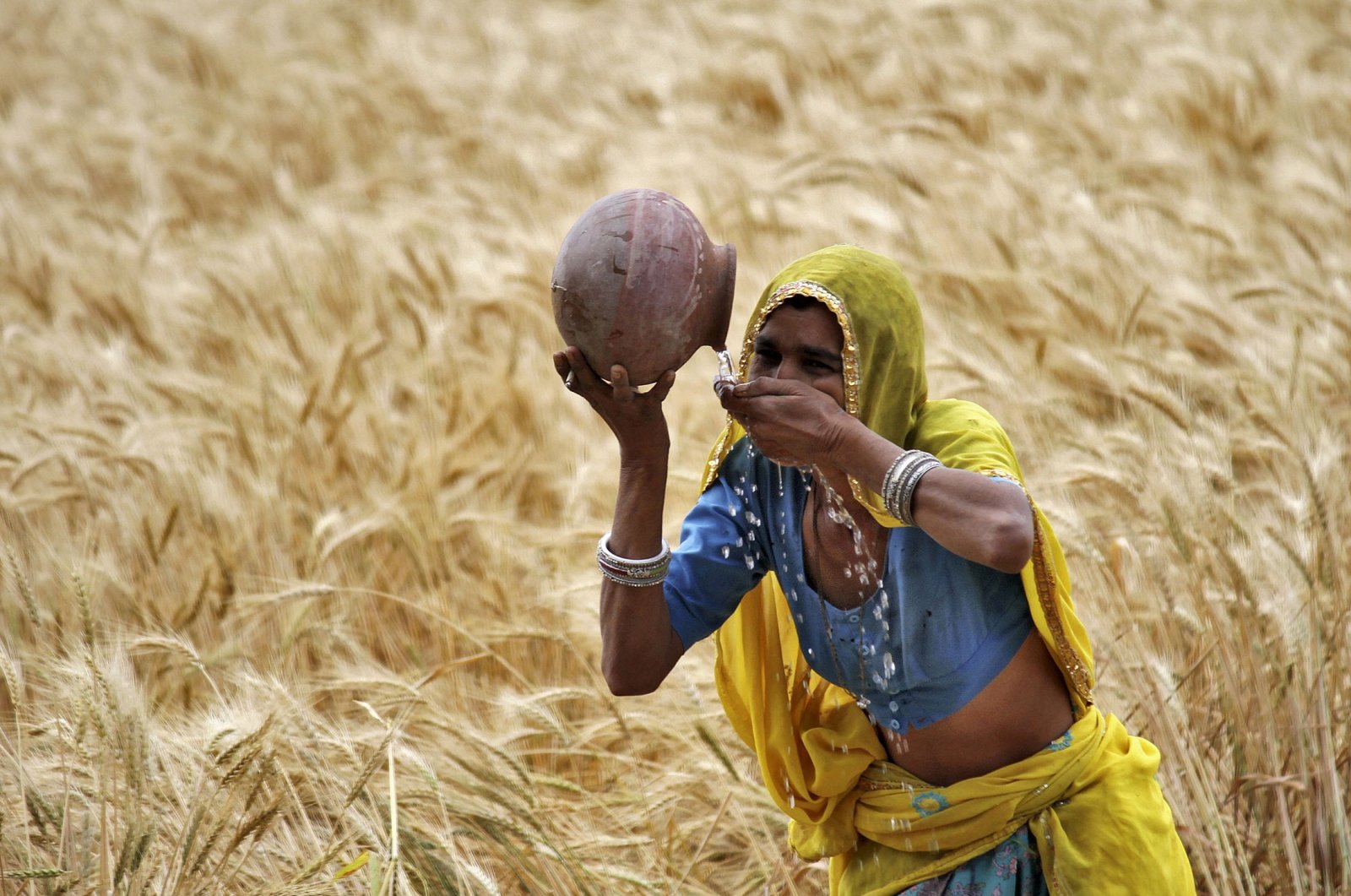 A female farmer drinks water from an earthen pot in a wheat field on the outskirts of Ajmer in the desert Indian state of Rajasthan, April 4, 2015. (REUTERS Photo)
by REUTERS Apr 16, 2021 12:51 pm
RECOMMENDED

With millions of poor people suffering from malnutrition around the world, scientists may have come up with a way that could end it once and for all.

Martin Kropff, director-general of the International Maize and Wheat Improvement Center (CIMMYT), said he expects the newly developed high-zinc wheat to make up at least 80% of varieties distributed worldwide over the next 10 years, up from about 9% currently.

The Mexico-based institute's research focuses on boosting yields, and livelihoods, of the world's poorest farmers while also addressing specific challenges posed by climate change, including higher temperatures, less rainfall and constantly mutating plant diseases. The improved varieties of so-called biofortified wheat are being rolled out with the help of seed company partners in countries including India, Pakistan, Bangladesh, Mexico and Bolivia.

Over the next decade, he said he expects nearly all newly deployed wheat varieties to be nutritionally improved, noting that the high-zinc varieties were developed by traditional breeding techniques instead of research based on genetically modified organisms (GMOs).

"This is something that is really starting in a big way this year," said Kropff, who also pointed to CIMMYT-developed zinc-enhanced corn that was introduced in Colombia over the past two years.

"I'm super proud of this," he added, touting the seeds' ability to dent malnutrition via one of the world's grains staples.

The dramatic expansion of the new wheat varieties, which has not been previously reported, holds the promise of improving diets that lack essential minerals like zinc and iron, used to fight off viruses and move oxygen throughout the body. Zinc deficiency, in particular, is one of the main causes of malnutrition globally and is estimated to afflict more than 2 billion people.

CIMMYT scientists, with a research budget last year of $120 million, have developed about 70% of wheat varieties currently planted globally as well as about half of the world's corn, or maize, varieties.

The vast majority of CIMMYT's research is non-GMO.

The institute was founded by 1970 Nobel peace prize winner Norman Borlaug and runs research projects in some 50 countries. It has attracted funding from the U.S. and British governments, among others, as well as billionaires like Bill Gates and Carlos Slim.

'First of its kind' corn

Kropff also cited three recently developed CIMMYT corn varieties that are resistant to the fall armyworm (FAW), an insect that has caused major damage to crops in both Africa and Asia, that were bred in Kenya with the help of CIMMYT's maize seed bank in Mexico, the world's largest.

"Like people, (the worms) like maize as well, but they eat the leaves and also the grains and it's really terrible," said Kropff.

The new varieties will be distributed over the next few months for performance trials in Kenya, Ethiopia, Uganda, Rwanda, South Sudan, Malawi, Mozambique, South Africa, Zambia and Zimbabwe, according to CIMMYT officials.

Kropff, a 64-year-old Dutch scientist, said the FAW-resistant corn varieties are the first of their kind and have already been picked for trials in east African nations ahead of similar trails expected in southern Africa later in the year.

He said CIMMYT, which in a typical year develops and deploys some 35 improved wheat varieties globally, fills a space that the biggest profit-maximizing seed companies like Germany's Bayer AG or U.S.-based Corteva Inc. tend to avoid.

"We specifically breed varieties for those environments where the private sector cannot make much money," he said, explaining that the poorest farmers must also regularly adopt new varieties that can thrive in a world where pests and disease are constantly evolving too.

"The small-holder farmers rely on us."