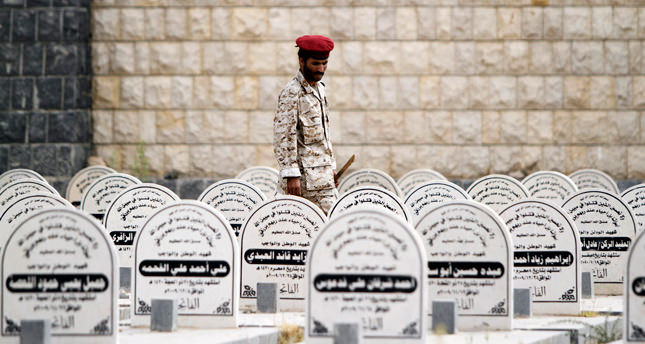 The assailants fired rocket-propelled grenades at the headquarters in the Tawahi district of Aden, before infiltrating the complex, he said.

They also blew up a car bomb at the entrance.

"Three soldiers and an attacker were killed in an exchange of fire," said the source, adding that two passers-by also died in the assault which he said was believed to be the work of Al-Qaeda.

Gunmen from Al-Qaeda-affiliated group Ansar al-Sharia carried out a similar attack on an army HQ in the southeastern province of Hadramawt in October, taking hostages and leaving 12 people dead.

The army recaptured the facility and freed the hostages after nearly two days of fighting.