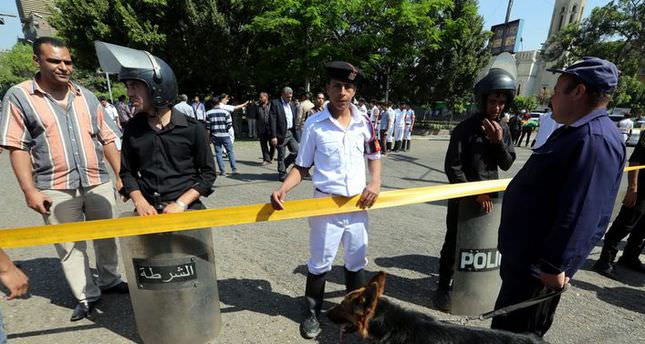 by AA May 03, 2014 12:00 am
CAIRO — 10 died in Friday clashes between Egyptian police and supporters of ousted president Mohamed Morsi. The pro-Morsi National Alliance for the Defense of Legitimacy said that people who had been killed during the clash were mostly Morsi supporters.

More than 11 other protesters were injured, according to the source.

Earlier in the day, an alliance source said that Egyptian security forces had attacked a pro-Morsi march on the outskirts of Helwan with live ammunition, birdshot and teargas.

A security official, meanwhile, denied that security forces had killed any protesters on Friday, saying instead that three policemen had been injured in clashes with demonstrators.

The highest death toll on clashes

The Interior Ministry, for its part, said the two young men had been killed in clashes between members of Morsi's Muslim Brotherhood group and local residents.

Friday's was the highest death toll from clashes between Morsi supporters and security forces within the past several weeks, as the ousted president's backers continue to defy a sustained crackdown by Egypt's military-backed government.

Protesters staged fresh rallies on Friday as part of a "third revolutionary wave" called by the pro-Morsi alliance, which has also called on supporters to boycott Egypt's May 26-27 presidential polls.

Pro-democracy protesters have staged almost daily rallies ever since to demand his reinstatement.