Hague: Hundreds of Brits may be fighting with ISIS 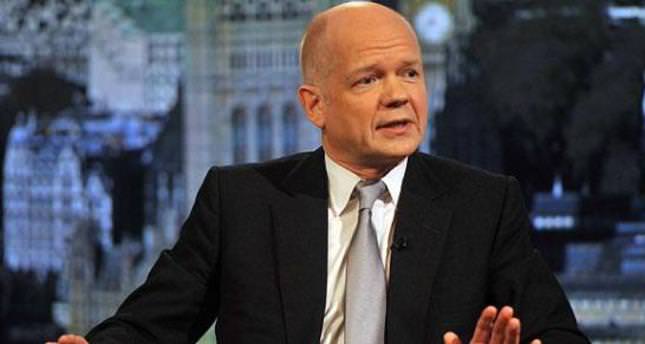 by Anadolu Agency Jun 17, 2014 12:00 am
British Foreign Secretary William Hague told the House of Common that a number of Britons are fighting with ISIS and the extremist group that has taken over large parts of Iraq.

Hague told the Commons about 400 UK-linked nationals were involved in the conflict in neighboring Syria and some of them were "inevitably" fighting for the ISIS.

It is unknown how many Britons could be taking up arms for the terror organization in Iraq, which Hague called the "most violent and brutal militant group in the Middle East".

British foreign secretary repeated his position there was no prospect of a British military intervention to tackle ISIS in Iraq; but he said counter-terrorism support could be offered to the government in Baghdad and a Ministry of Defense team had been sent to the country to assist embassy staff in contingency planning. He also added the UK was offering help to alleviated "humanitarian suffering".

He said the majority of ISIS members were Iraqi or Syrian but "it also includes a significant number of foreign fighters among its ranks".

Mr Hague said: "We estimate the number of UK-linked individuals fighting in Syria to include approximately 400 British nationals and other UK linked individuals who could present a particular risk should they return to the UK, and some of these inevitably are fighting with ISIL (ISIS)."