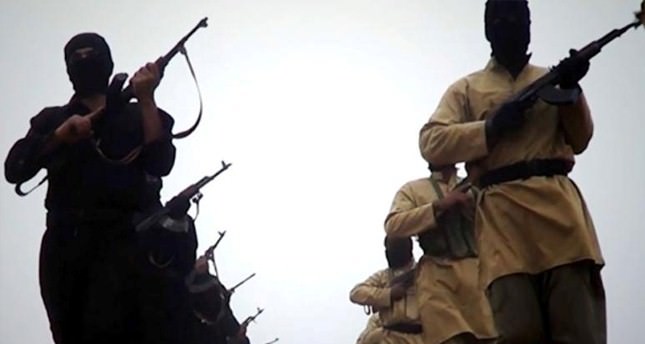 by Daily Sabah Jun 19, 2014 12:00 am
Tribal leaders in Syria's northern city of Aleppo, stated that they would ally with ISIS and obey the group's orders after holding a meeting with leaders of the organization.

At the meeting, ISIS's spokesmen announced future plans for the terrorist organization, defining it as a global association.

Other subjects covered during the meeting were the rise of ISIS's recognition among Iraqis and providing aid to civilians. ISIS also called on the leaders of the Elbu Hamis, Beni Said, el-Avan and el-Ganim tribes to respect and apply Sharia law.

The ISIS spokesmen spoke with tribe leaders about the groups's successful attempts to rescue prisoners and capture Mosul, the second-largest city in Iraq but added that the group's aim is to assist Iraqis. After the meeting, tribal leaders, in their joint statement, said they would help ISIS fight to establish a new Islamic state across Iraq and Syria.
Last Update: Jun 19, 2014 1:03 am
RELATED TOPICS