30 die in attacks on Shia center in Iraq 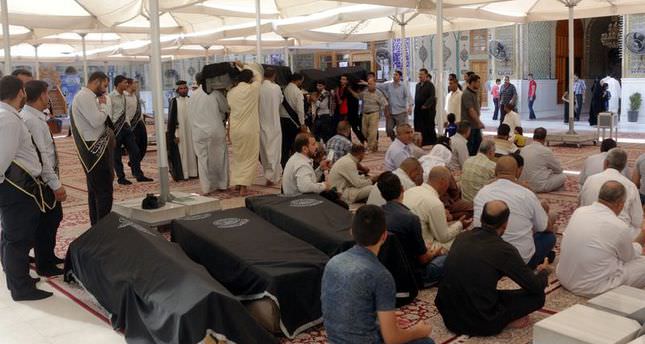 by AA Jul 04, 2014 12:00 am
Thirty people were killed and many were injured when the Iraqi army attacked centers of radical Shia cleric, Mahmud al-Hasani al Sarkhi in Karbala on Wednesday, according to initial findings of security sources.

Al-Sarkhi's supporters put up resistance against the raid at the center where he lectures, resulting in the detention of more than 100 supporters, said security sources.

According to witnesses, the Iraqi army raided al-Sarkhi's lecture center using heavy weapons and howitzers in order to take him into custody. Al-Sarkhi escaped without injury and was taken to safety in the conflict between his supporters and the army.

The army launched an air attack against al-Sarkhi's centers in Karbala and Diwaniyah, inflicting substantial damage.

Iraqi officials have not yet made a statement on the attacks.

Al-Sarkhi, a radical Shia cleric in Iraq, is renowned for making an objection to Grand Ayatollah Ali al-Sistani's call for jihad.
The Ayatollah called Shias to war against the Islamic State of Iraq and the Sham.