Israel says Gaza operation will not end in days 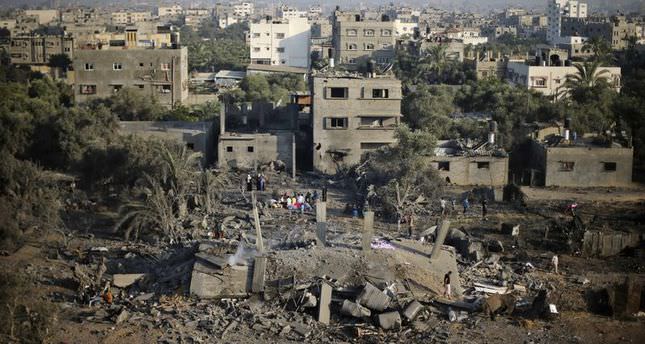 by AA Jul 08, 2014 12:00 am
Israeli Defense Minister Moshe Ya'alon believes that the military operation against the Gaza Strip is not going to end "within days."

"We are prepared for a campaign against Hamas, which will not end within days," Ya'alon wrote on his Facebook according to the Jerusalem Post newspaper.

"Hamas is leading the current confrontation to a place in which it seeks to exact a heavy price from our home front," he said. "There is a need for patience."

The Israeli army has announced launching a military offensive, dubbed "Operation Protective Edge," with the stated aim of ending rocket firing from Gaza.

According to Israel, Palestinian groups have fired over 450 rockets into Israel since the beginning of the year.

"In recent hours, we have struck with force and hit dozens of Hamas assets," said the Israeli defense minister.

"We will not tolerate missile and rocket fire on Israel, and we are prepared to expand the campaign through all of the means available to us, to continue striking Hamas," added Ya'alon.

Israeli ground troops are being mobilized on the border with the Palestinian enclave for a possible ground operation.

Palestinian factions, for their part, continued to fire rockets into Israel on Tuesday in response to the Israeli airstrikes.

The escalation comes amid tension over the killing of three Jewish teen settlers in the West Bank and the subsequent killing of a Palestinian teenager by suspected Jewish settlers.