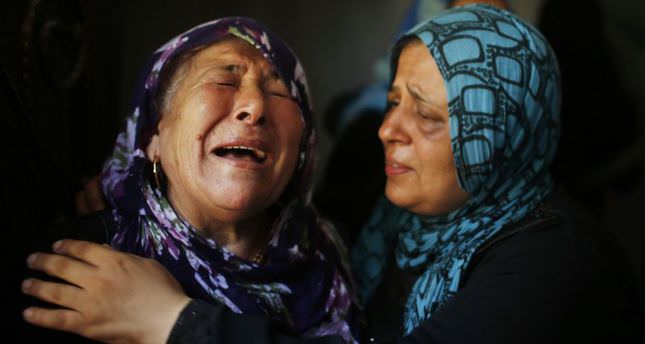 by AA Jul 10, 2014 12:00 am
The total number of Palestinians killed by Israeli airstrikes in the Gaza Strip since Monday night has risen to 86, including 25 children, the Palestinian Health Ministry said Thursday.

"At least 86 people have been killed and around 570 others injured since the start of the Israeli military operation," ministry spokesman Ashraf al-Qodra told Anadolu Agency.

He said that 25 children and 13 women were among those killed in Israeli airstrikes.

According to the Health Ministry, only ten militants were killed in the attacks, with most fatalities being Palestinian civilians.

According to Palestinian security sources, Israeli warplanes have conducted more than 770 strikes against Gaza targets during the same period.

Israel has launched a military offensive – dubbed "Operation Protective Edge" – with the stated aim of staunching rocket fire from Gaza.