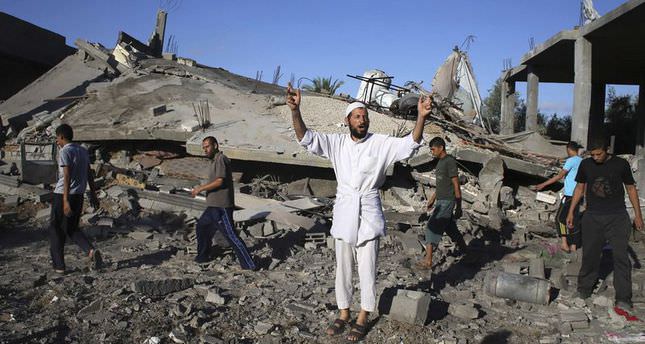 by Associated Press Jul 16, 2014 12:00 am
Israel on Wednesday intensified air attacks on Hamas targets in the Gaza Strip following a failed Egyptian cease-fire effort, targeting the homes of four senior leaders of Hamas. It also told tens of thousands of residents to leave Gaza's border areas ahead of more strikes.

The Palestinian death toll in nine days of fighting rose to 204, with some 1,450 wounded, Palestinian health officials said. On the Israeli side, one man was killed and several people were wounded since the fighting erupted on July 8.

The renewed bombings came a day after Israel initially accepted an Egyptian truce proposal that called for a halt of hostilities. That was to be followed by talks on the terms of a longer-term cease-fire, including easing Gaza's seven-year-old border blockade by Israel and Egypt.

Hamas rejected the plan and instead launched more rockets at Israel. The militant group views a significant easing of the blockade as key to its survival, but does not believe Egypt's current rulers who deposed a Hamas-friendly government in Cairo last year can be fair brokers.