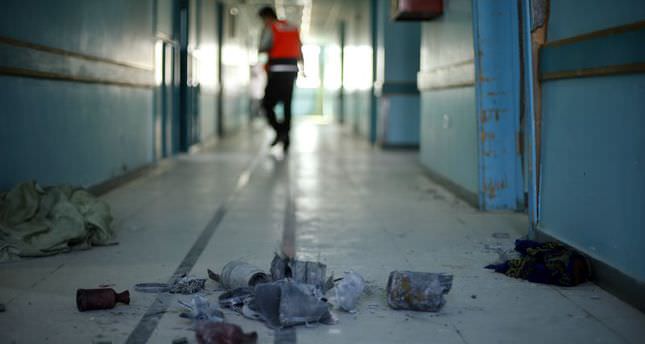 by AA Jul 18, 2014 12:00 am
A hospital in the town of Beit Hanoun in the northern Gaza Strip was struck by Israeli artillery shells on Friday, with no casualties reported.

No human casualties were reported.

Hemdan described the attack as a "brazen violation of international norms."

Since July 7, Israel has pounded the Gaza Strip with fierce air and naval bombardments with the ostensible aim of halting rocket fire from the embattled coastal enclave.

On Thursday, Israel began ground operations in the strip, in anticipation of which thousands of troops had been called up in recent days.

At least 264 Palestinians have been killed-mostly civilians-and more than 1970 injured since the Israeli offensive began early last week.

Over the same period, only one Israeli has been killed by Palestinian rocket fire.