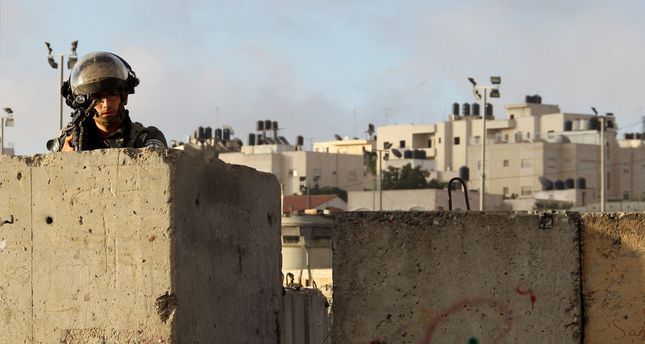 by AA Jul 25, 2014 12:00 am
A young Palestinian man was killed on Friday when a Jewish settler opened fire on Muslim worshippers in the West Bank city of Nablus.

According to witnesses, two other Palestinians were injured in the incident.

Tension continues to run high in the West Bank amid Israel's devastating onslaught on the blockaded Gaza Strip, which continued unabated on Friday.

At least 828 Palestinians have been killed in the strip since Israel's offensive began on July 7.

Over the same period, a total of 35 Israelis-33 soldiers and two civilians-have also been killed.

On Thursday, two Palestinian demonstrators were killed in clashes with Israeli forces in the West Bank.