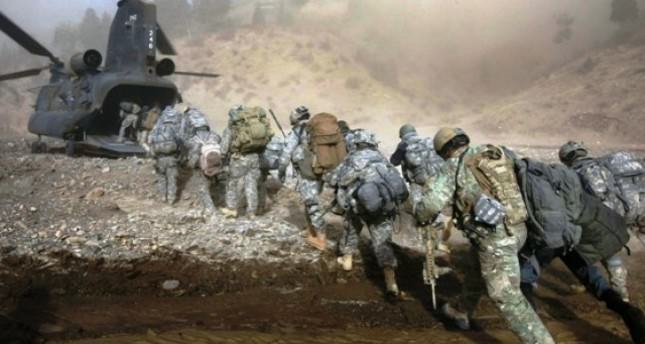 by Associated Press Aug 07, 2014 12:00 am
An American major general was shot to death Tuesday in one of the bloodiest insider attacks of the long Afghanistan war when a gunman dressed as an Afghan soldier turned on allied troops, wounding about 15 including a German general and two Afghan generals. The Army identified the American officer as Maj. Gen. Harold J. Greene, a 34-year veteran. An engineer by training, Greene was on his first deployment to a war zone and was involved in preparing Afghan forces for the time when U.S.- coalition troops leave at the end of this year. He was the deputy commanding general, Combined Security Transition Command-Afghanistan.

The attack at Marshal Fahim National Defense University underscored the tensions that persist as the U.S. combat role winds down in Afghanistan and it wasn't the only assault by an Afghan ally on coalition forces on Tuesday. In eastern Paktia province, an Afghan police guard exchanged fire with NATO troops near the governor's office, provincial police said. The guard was killed in the gunfight. It was not clear if the two incidents were linked, and police said they were investigating.

Early indications suggested the Afghan gunman who killed the American general was inside a building and fired indiscriminately from a window at the people gathered outside, the U.S. official said. There was no indication that Greene was specifically targeted, said a U.S. official. The official was not authorized to speak publicly by name about the incident and provided the information only on condition of anonymity.

The wounded included a German brigadier general and two Afghan generals, officials said. One of the officials said that of the estimated 15 wounded, about half were Americans, several of them in serious condition.

U.S. officials still asserted confidence in their partnership with the Afghan military, which appears to be holding its own against the Taliban but will soon be operating independently once most U.S.-led coalition forces leave at the end of the year.

The Army's chief of staff, Gen. Ray Odierno, issued a written statement Tuesday evening expressing condolences to Greene's family and the families of the others injured in the attack. "These soldiers were professionals, committed to the mission," Odierno said. "It is their service and sacrifice that define us as an army. Our priority right now is to take care of the families, ensuring they have all the resources they need during this critical time." "We remain committed to our mission in Afghanistan and will continue to work with our Afghan partners to ensure the safety and security of all coalition soldiers and civilians," he added.
Last Update: Aug 07, 2014 1:25 am
RELATED TOPICS