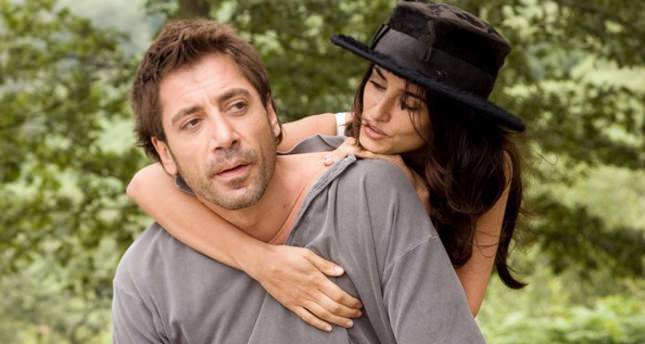 by Daily Sabah Aug 07, 2014 12:00 am
Amid the escalating conflict between Israel and Hamas, Hollywood celebrities continue to slam each other over Israel's attacks on Gaza. Actor Jon Voight, the father of famous actress Angelina Jolie, harshly denounced Spanish stars Penelope Cruz and Javier Bardem for signing an open letter urging the EU to condemn Israel's military action against the Palestinian civilian population in the Gaza Strip. Voight sent an open letter to U.S.-based media publications' websites, including the Hollywood Reporter and Variety, last Saturday. The letter says, "My name is Jon Voight, and I am more than angry, I am heartsick that people like Penelope Cruz and Javier Bardem could incite anti-Semitism all over the world and are oblivious to the damage they have caused."

He went on to chastise the Oscar-winning couple by calling their opinions ignorant. "You have been able to become famous and have all your monetary gains because you are in a democratic country: America. Do you think you would have been able to accomplish this in Iran, Syria [and] Lebanon," he asked. Voight further blasted and said that they have defamed the only democratic country of goodwill in the Middle East, which is Israel. "You should hang your heads in shame," he concluded. Voight's tough statements were severely criticized in social media across Spain. A number of Spanish newspapers described Voight as the true ignorant and underlined that they will stand by Palestinians. Bardem and Cruz have not released any response yet.
Last Update: Aug 07, 2014 2:13 pm
RELATED TOPICS