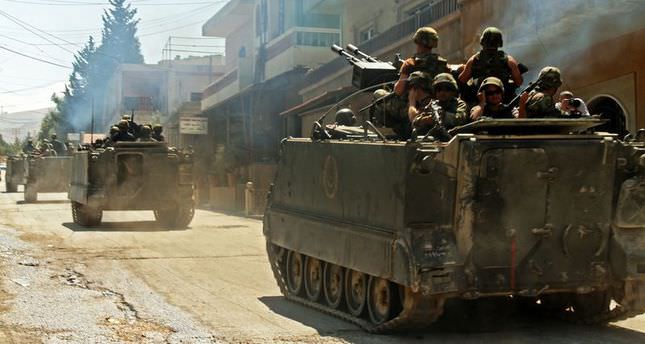 by Aug 07, 2014 12:00 am
The Lebanese army and Islamist militants clashed on Wednesday despite a 24-hour ceasefire agreed to end five days of fighting that has killed dozens of people in the most serious spillover of Syria's three-year civil war into Lebanon.

Saudi Arabian King Abdullah granted $1 billion to help the Lebanese army to bolster security as they battle militants who have seized the border town of Arsal on the Syrian frontier, state news agency SPA reported.

Machine gun fire and shelling broke out on Wednesday morning on the outskirts of the town in breach of the 24- hour ceasefire, which came into force at 7 p.m. (1600 GMT) on Tuesday. "The ceasefire is continuing, but we are responding to any violations," a security official said.

At least 17 soldiers have been killed and 22 are missing from the violence in and around Arsal. Preliminary reports from inside the town suggest dozens of people have been killed there. Advancing Lebanese troops found the bodies of 50 gunmen on Monday, security sources said, while sources in the town report heavy casualties among its civilian population.