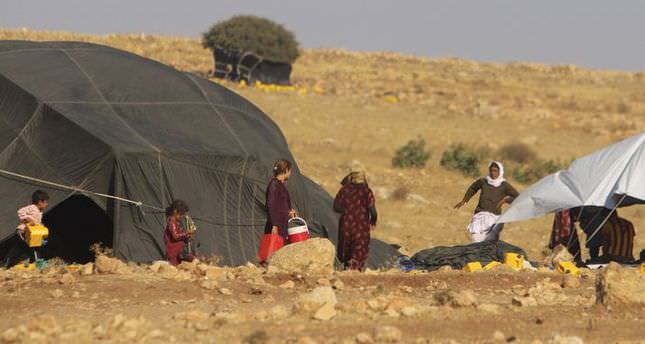 by Associated Press Aug 14, 2014 12:00 am
Roughly 4,500 people remain atop northern Iraq's Sinjar Mountain, and nearly half are herders who lived there before the siege and have no interest in being evacuated, two U.S. officials said.

The officials, speaking on condition of anonymity because they weren't authorized to talk publicly, said a U.S. team who spent Wednesday on the mountaintop reported numbers far smaller and circumstances less dire than feared.

That makes it less likely that U.S. troops will need to conduct a major rescue effort, but it does not substantially change the big picture in Iraq, which is in crisis with an ineffective government.

The Obama administration has been airdropping food on the mountain and contemplating a military-led rescue of civilians who fled there to escape the militant group known as the ISIS. But it had been unclear how many people might need evacuation. Some had reported them to number in the tens of thousands.