Russia 'guaranteed' no soldiers in Ukraine convoy: US 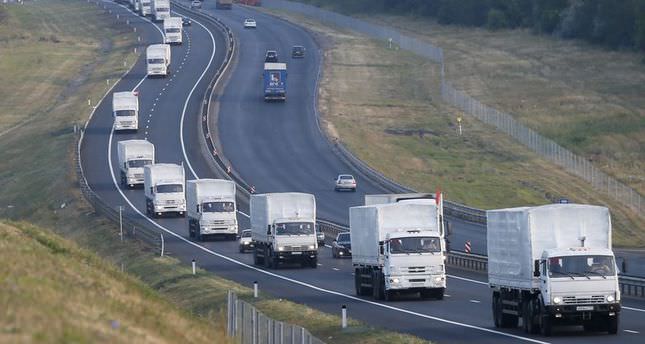 by Aug 15, 2014 12:00 am
US Defense Secretary Chuck Hagel called his Russian opposite number Sergei Shoigu on Friday and was promised that no Russian troops are assigned to a "humanitarian convoy" headed to Ukraine.

"Minister Shoigu 'guaranteed' that there were no Russian military personnel involved in the humanitarian convoy, nor was the convoy to be used as a pretext to further intervene in Ukraine," the Pentagon said.

Moscow has a convoy of white-painted trucks carrying what it says is humanitarian aid to the beleaguered civilian population in eastern Ukraine, where government troops are fighting pro-Russian rebels.

But the vehicles closely resemble models used by the Russian army and there have been allegations that the drivers, seen in photographs as identically dressed in khaki "uniforms," are soldiers.

Kiev fears that the delivery could be an attempt to either smuggle more supplies to the separatist rebels or provoke an armed incident that would in turn be used to justify stronger Russian intervention.

But the Pentagon statement said Shoigu had insisted to Hagel that the convoy was not a disguised military column and vowed that the aid it carries would be properly distributed by a neutral third party.

"He acknowledged that the goods would be delivered and distributed under the International Committee of the Red Cross," it added.

"The two ministers discussed the need to have bilateral follow-on meetings of the Intermediate-Range Nuclear Forces Treaty. They also agreed to maintain open lines of communication."