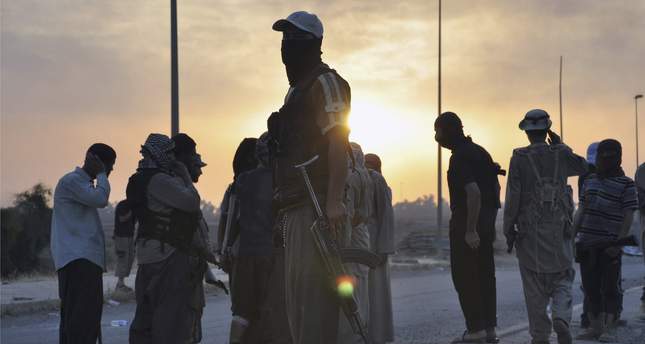 by Associated Press Oct 05, 2014 12:00 am
Militants from the ISIS group on Sunday publicly killed six Iraqi soldiers captured in an embattled western province where the extremists continue to advance despite an expanding U.S.-led campaign of airstrikes, residents said.

The killings took place in the town of Hit, about 140 kilometers (85 miles) west of the capital, Baghdad, which the ISIS fighters overran on Thursday night.

The Iraqi soldiers one in uniform and five in civilian clothes were lined up against a wall in Hit and shot in the head, the residents said, speaking on condition of anonymity because they feared for their own safety. The militants also bombed a police station in Hit, they said.

The fall of Hit was the latest victory by the ISIS group as it battles the Iraqi military in western Anbar province.

Since launching airstrikes in August against the militants in Iraq, the U.S. has hit ISIS group's positions in Anbar multiple times.

On Sunday, U.S. Central Command said that it conducted six airstrikes in Iraq the previous day, including one in Hit in which it destroyed two Islamic State Humvees. The U.S. military also conducted four airstrikes in the nearby city of Fallujah, and in northern Iraq, it conducted one strike in the town of Sinjar, CENTCOM said.