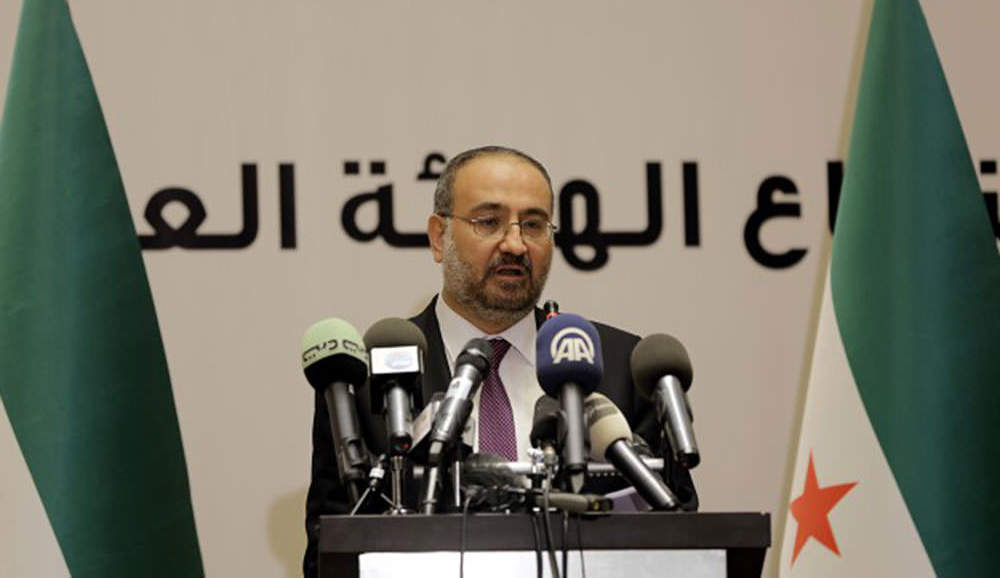 by AA Oct 16, 2014 12:00 am
The newly re-elected leader of the Syrian opposition's interim government, Ahmad Tomeh, has said on Wednesday that they support Turkey's proposal of buffer zones in Syria.

Speaking to the media in Istanbul, Tomeh said, "Such a proposition can be approved within four months. Meanwhile, we can prepare for moving our government to Syrian soil."

Tomeh claimed that the majority of the interim administration's personnel is based in Syria although the government remains Istanbul-based.

Tomeh was re-elected as prime minister of the interim government last Tuesday. He received 63 votes from the 65 Syrian coalition members that participated, according to the National Coalition of Syrian Revolution and Armed Forces.

The council has been recognized as a legitimate representative of the Syrian people by some UN member states and the European Union.

Turkey has been pushing the international community, including the UN, to establish a no-fly zone and a safe haven for refugees inside Syria near the Turkish border.

In Ankara, Turkish Prime Minister Ahmet Davutoglu said in a televised interview that demands for a safe haven for refugees includes Syria's highly populated regions along the Turkish border.

He said these safe havens must also involve regions in Idlib near the border with Turkey, plus northern Latakia, Hasakah, Jarablus and Kobani.

However, Syrian regime officials on Wednesday rejected the establishment of such buffer zones in any part of its territory under any pretext, Syrian news agency SANA said.