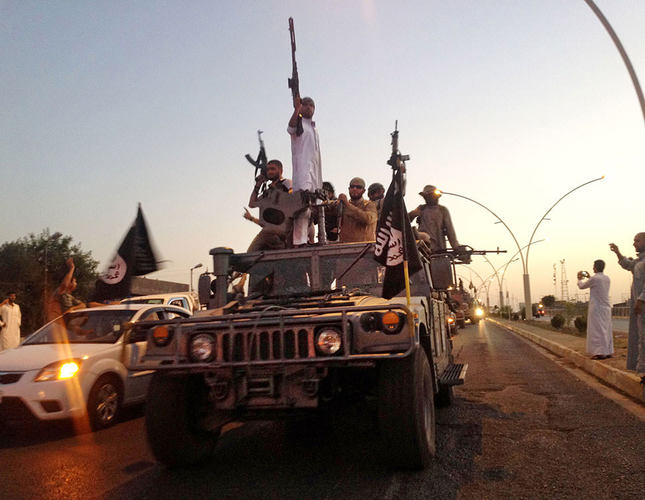 by Nov 02, 2014 12:00 am
At least 200 members of a pro-government Sunni tribe have been executed by the self-proclaimed Islamic State of Iraq and Sham (ISIS) militant group in the western Iraqi province of Anbar over the course of three days, security and local officials said on Sunday.

He added that local Sunni tribes helped the ISIS in "perpetrating these massacres."

The al-Bu Nimr tribe is fighting alongside the government troops against ISIS that has made considerable advances in Anbar in recent months.

The chief of the pro-government Sahwat militia in Anbar, Wissam al-Hardan, said the majority of the tribesmen executed by the Islamic State were members of his militia group fighting extremists.

"There are around 800 members of the al-Bu Nimr tribe in the Sahwat ranks," he added.

Anbar, a Sunni-populated province, stretches from the Syrian border to the outskirts of the capital Baghdad.

ISIS has been repeatedly accused of mass atrocities in Iraq since it seized large swathes of territory in a blitz in June.

A senior leader in al-Bu Nimr tribe, Naeem al-Kaud, said Sunday that ISIS had executed late Saturday 67 members of the tribe, including women and children.

It was not immediately clear if this was part of the reported 200 executions.

Al-Kaud told Iraqi site Alsumaria News that the executed 67 people were among 200 tribal captives held by the militants in the town of Ras al-Maa north of Anbar.