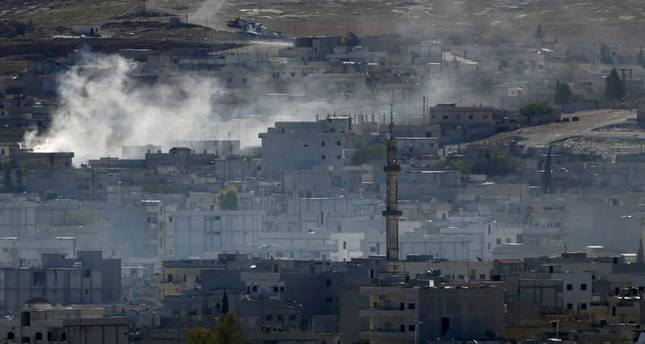 by daily sabah
Nov 04, 2014 12:00 am
Islamic State of Iraq and al-Sham (ISIS) militants declared on Monday that they have seized a gas field in Homs, Syria. Sympathizers of the group posted 18 photos on the Internet showing the Islamic State flag raised in the Jahar gas field as well as seized vehicles and weaponry, according to the SITE website monitoring service. "So after the [Sha'ar] company and the [positions] surrounding it became part of the land of the Caliphate, the soldiers advanced, conquering new areas, and all praise is due to Allah," ISIS said in the message. "Yesterday they tightened control over Jahar village and the Mahr gas pumping company, and nearly nine [positions] supported by heavy weaponry such as tanks, armored vehicles, and heavy machine guns of various calibers," it added.

ISIS militants in Syria claimed on Thursday that they had taken control of a gas field in the central province of Homs after battles with the forces, loyal to the Syrian President Bashar Assad. The report said the Islamic State seized five tanks, two infantry combat vehicles, machineguns and ammunition. The British-based Observatory Group for Human Rights, which tracks the conflict through a network of sources, said on Wednesday the assault on the gas field had killed at least 30 pro-government fighters. Syrian state media said dozens of "terrorists" were killed in the fighting.