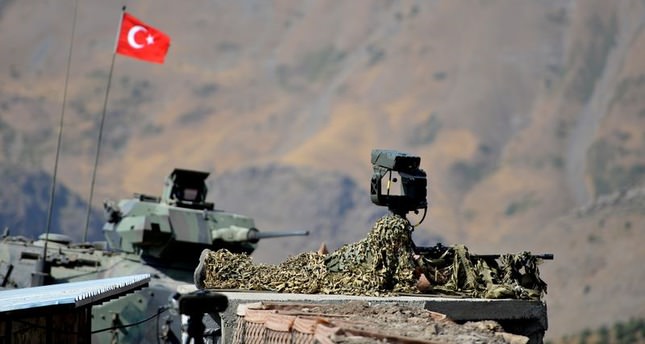 by daily sabah
Nov 04, 2014 12:00 am
Turkish Gendarme Forces have seized 48 Kalashnikovs and ammunition for a bazooka bound for the Patriotic Revolutionary Youth Movement (YDGH), an affiliate of the PKK, and captured two people on Tuesday in Turkey's eastern province of Şırnak.

According to Gendarmerie sources, the weapons destined for YDGH were coming from PKK camps in Northern Iraq.