Only Iraqi Armed Forces, peshmerga will battle against ISIS 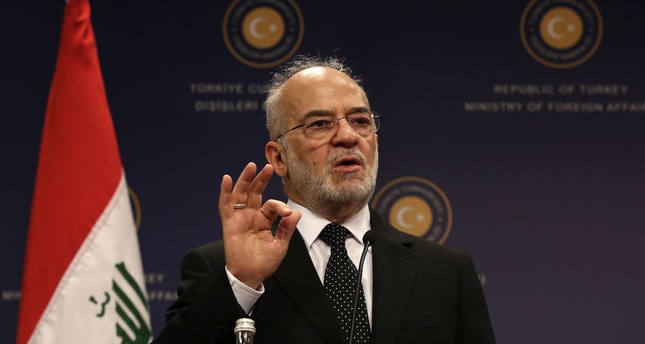 by AA Nov 06, 2014 12:00 am
Iraq's Foreign Minister, Ibrahim Al-Jafari, has said his country has never requested military support from any country, including Turkey.

Al-Jafari's remarks came during a conference held in Ankara on Thursday, where he was asked whether Iraq had requested any support from Turkey in terms of training and equipment.

"We have never requested any foreign military aid from Turkey or any other countries in the fight against ISIS, that is for sure," Al-Jafari said. "Only Iraqi Armed Forces and peshmerga will take this responsibility and fight on our land."

However, Jafari also added that training, equipment and intelligence support will always be welcomed.

Turkey recently allowed around 160 Iraqi Kurdish Peshmerga forces to crossover into the Syrian town of Kobani through its territory.

An international U.S-led coalition is currently carrying out airstrikes against ISIS in Iraq and Syria.

ISIS has captured large swathes of land in both countries and declared what it calls a cross-border Islamic "caliphate," killing thousands of people and displacing millions in the process.

Recently, Albania's Council of Ministers has decided to send an additional shipment of the Albanian Armed Forces' excess weaponry and ammunition to Iraq.

The U.K. will also send military personnel to Iraq to train Iraqi forces in their fight against ISIS, the country's defense secretary said. However, the U.K. will not commit combat troops to Iraq as well.
Last Update: Nov 07, 2014 2:20 pm
RELATED TOPICS