US denies military coordination with Iran against ISIS 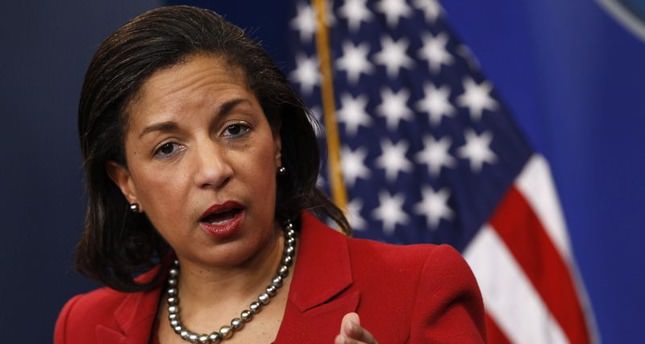 by reuters
Nov 07, 2014 12:00 am
U.S. National Security adviser Susan Rice said on Friday the United States is not engaged in military coordination with Iran in countering ISIS forces in the Middle East.

Rice, at a White House briefing, responded to a report that President Barack Obama had written a letter to Iran's Supreme Leader Ayatollah Ali Khamenei about Islamic State by saying, "We are in no way engaged in any coordination - military coordination - with Iran on countering ISIS."

Rice also said U.S. concerns about cybersecurity will be high on the agenda when President Barack Obama meets Chinese officials in Beijing next week.

Rice said there no plans for a formal meeting between Obama and Russian President Vladimir Putin at a G20 summit but that there might be opportunity for informal discussions.