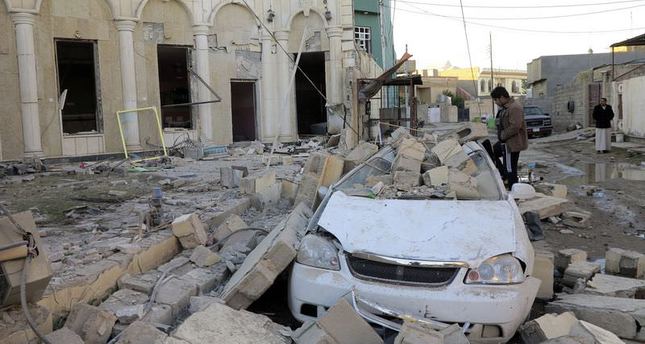 by reuters
Nov 08, 2014 12:00 am
Car bombs killed 20 people, including five soldiers, in the Iraqi capital and the city of Ramadi to the west on Saturday, police and medical sources said, in attacks that resembled operations carried out by ISIS militants.

"A driver parked his car and went to a cigarette stall, then he disappeared. Then his car blew up, killing passersby," said the police source, describing one of the two attacks in Amil.

The attack by a suicide bomber on a checkpoint in Ramadi in western Anbar province killed five soldiers.

"Before the explosion, the checkpoint was targeted with several mortar rounds. Then the suicide humvee bomber attacked it," said a police official.

"Some troops came to the scene. They were attacked by mortars. A confrontation took place for one hour."

There was no immediate claim of responsibility for the bombings.

Western and Iraqi officials say U.S.-led air strikes are not enough to defeat the al Qaeda offshoot that holds parts of Iraq and Syria and is fighting to expand what it calls a caliphate.

Iraq must improve the performance of its army and security forces in order to eliminate the threat from the group, which wants to redraw the map of the Middle East, the officials say.