KRG's oil exports through Turkey increase by 60 pct in November 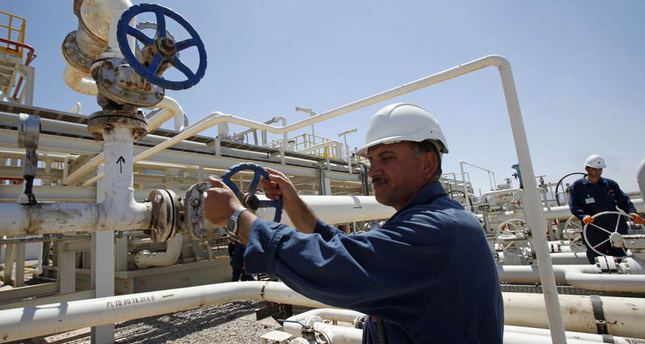 by AA
Nov 08, 2014 12:00 am
The Kurdish Regional Government, or KRG, have increased their exports to world markets through Turkey to 300,000 barrels per day, according to Kurdish official sources.

The KRG Ministry of Natural Resources announced on Friday on its website that the exported oil amount increased by 60 percent in November. Daily flow rates through the Kurdish crude pipeline to Turkey have represented an increase over the last four months, the statement said. The daily amount of exported oil rose from 185,000 in August to nearly 300,000 in the first week of November, the ministry added.

"The KRG remains on track to meet its production target of 1 million barrels per day by end 2015/early 2016. On behalf of the people of the Kurdistan Region, the KRG exercises its Constitutional rights to manage, produce, market and sell the natural resources located under its control," the government stated.

The statement said that $2.1 billion was received in cash and $775 million in kind for product swaps from exported oil, corresponding to $2.87 billion in total.

"From the cash payments, some $400 million has been used to pay both trucking costs and as part payment to the oil producers. Hence, the net cash received by the KRG during this period is $1.7 billion," said the statement.

It was also underlined that the KRG has also received a further $500 million in prepayment from committed purchasers of crude against future deliveries of oil piped to Ceyhan.
Last Update: Nov 09, 2014 2:47 pm