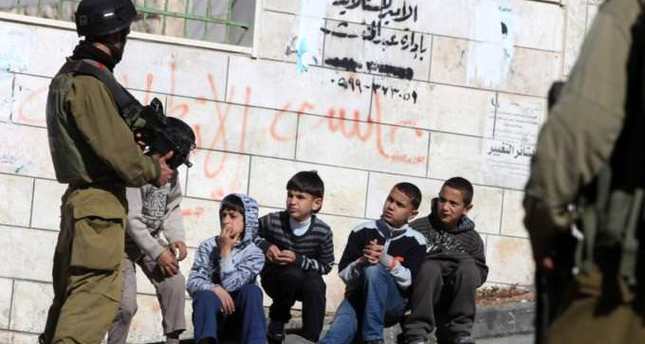 In line with the centennial of World War I, the ongoing impact of the war against Palestine has been discussed at an international conference in London with many academics and writers in attendance

The Palestine issue of the Middle East is still continuing after 65 years, suggesting that there is no long-term solution on the horizon for the conflict. Indeed, the antagonism seems to be getting worse with Israel's continuous and calculated attacks against Palestine gaining momentum. In July, as a result of the heavy shelling of Gaza by Israel, more than 2,000 Palestinians were killed, while, simultaneously, the construction of new settlements in the heart of the West Bank continued. Tensions rose again last week when Israeli soldiers entered Al-Aqsa Mosque compound for the first time since the Israeli occupation of 1967.

Western and international powers have kept silent against Israel's irrational attitude in the region and the International Criminal Court's latest decision to not investigate the military raid on the Mavi Marmara, upon which nine Turkish citizens were killed, has set another example of Israel's influence in the West.

Speaking to Daily Sabah, Karl Sabbagh, author of the book "Palestine: A Personal History," said that this is a showdown for Israel. "My belief is that everything Israel does is planned. It plans to suppress Palestinians. It plans to show the world that Israel is powerful, so it's just a continuation of its normal policy of letting Palestinians know that they have control of everything like religion, life in the West Bank and life in Gaza. I don't see anything surprising about it. It is what we expect Israel to do until Israel has a different government that wants peace. The current government doesn't want peace. It wants a continuation of a state of insecurity."

Sabbagh also criticized the no-probe decision into the Mavi Marmara by the ICC calling it scandalous. "I think it is a scandal that the international court has failed to see that a war crime has been committed. The idea that it doesn't accept it because it doesn't know who killed the Turkish citizens aboard is extraordinary. I am not a conspiracy theorist but I also believe it is another sign of Israel's influence. It would be one thing if the court said 'we don't think a crime has been committed' but the court seems to say 'we believe a crime was committed but we don't know who did it.' That just flies in the face of logic. As a Palestinian I am very grateful for Turkey's support."

In addition, Dr. Mahmoud Haddad, a former Professor of History at Colombia University, stated that the Palestine issue is not only the problem of the East but more importantly, the problem of the West. Speaking to Daily Sabah, he said that because of the strong Jewish presence in the West, Israel can do anything in the East. "It can do whatever it wants and nobody would react. Israel is the epitome of an irrational international political actor.

It is time for everybody to push to make international law more equally applied but American politicians can't risk losing the support of the Zionist lobby." Haddad also said that Turkey's attitude toward Israel changed after Turkish President Recep Tayyip Erdoğan announced that Turkey is the only country that stands beside Palestine.

Deputy Chairman of the Justice and Development party (AK Party) Yasin Aktay also joined the conference. In his speech he underlined the influence of the Zionist lobby on American politics. Speaking to Daily Sabah, he said "the Israeli lobby influences all American foreign policy in the Middle East. It is therefore forced to focus on Israeli interests. Bureaucrats in Congress and Israeli academics in important universities shape the American point of view toward problems in the Middle East, especially regarding Palestine."