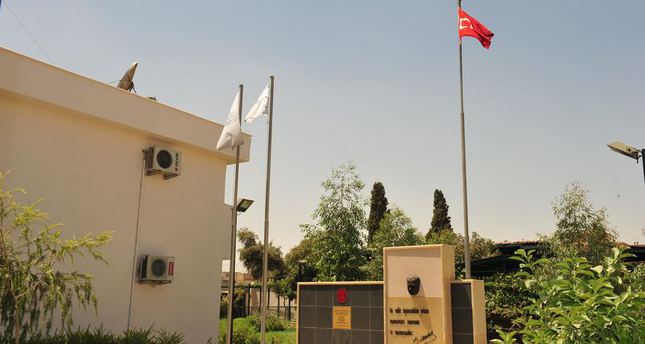 by daily sabah
Nov 11, 2014 12:00 am
U.S. forces bombed Turkey's consulate in the Iraqi city of Mosul during their airstrikes targeting Islamic State of Iraq and al-Sham (ISIS) bases, the Kurdish media network Rudaw announced on Tuesday. The airstrikes allegedly killed many ISIS militants, but the number has not yet been confirmed.

ISIS militants also attacked Turkey's consulate in Iraq's second largest city in June. The group kidnapped 49 Turkish citizens from the consulate at the time and released them in September. The hostages, including Turkey's consul-general, diplomats' children and special forces soldiers, were seized from the Turkish consulate in Mosul on June 11 during a lightning advance by ISIS insurgents. The group was held at eight different locations during their captivity with their movements constantly followed by drones and other intelligence assets from the first day. Up to six previous attempts had been made to secure the hostages' freedom but failed because of the fighting in Northern Iraq. The operation was delayed to Saturday until a pause in the fighting between ISIS and the Kurdish PYD near the Syrian border allowed the hostages to be taken out via Tal Abyad, an ISIS-controlled city in northern Syria and the Akçakale border crossing into Turkey.