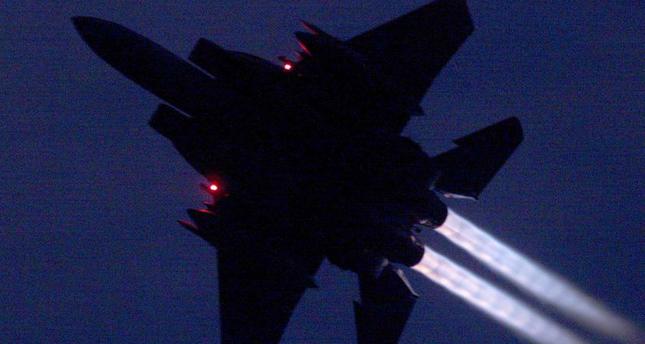 by daily sabah
Nov 12, 2014 12:00 am
The Free Syrian Army's political representative Hadi al-Bahra who is also Syrian National Coalition (SNC) President said the airstrikes carried out by the U.S.-led anti-Islamic State of Iraq and al-Sham (ISIS) coalition are the product of a confused policy that is "turning a blind eye" to the crimes of Syrian President Bashar Assad.

In an interview on Monday, Bahra criticized the U.S.'s policy toward Syria that aims to eradicate ISIS from both Syria and Iraq through aerial assaults with the help of European and Arab states. "The coalition is fighting the symptom of the problem, which is ISIS, without addressing the main cause, which is the regime," Bahra told the British-based Guardian newspaper before a meeting of the 11-nation Friends of Syria forum in London. "People see coalition planes hitting ISIS targets but turn a blind eye to Assad's air force, which is using barrel bombs and rockets against civilian targets in Aleppo and elsewhere."

"[Steffan] de Mistura takes note of the expressed intent of Syrian authorities to work with the United Nations to identify common ground for implementing his proposal on incremental 'freezes,' starting with the city of Aleppo," a statement said. A statement from Assad's office said "President Assad has been informed by [U.N. envoy Staffan] de Mistura of the main points of his initiative. Assad said it was worthy of study and that work on it is needed in order to re-establish security in Aleppo.

However, Bahra said local cease-fires would only benefit the regime if they were part of a comprehensive plan, The Guardian reported. He focused on the U.S. policy rather than the controversial cease-fire plan and said "People feel there is a hidden agenda and cooperation between the coalition and Assad's forces because Assad assumes he has a free hand. Syrian public opinion is a front which we need to win.

"The FSA is being ignored completely and this is weakening the international coalition operation because it is not able to achieve results on the ground. The whole operation has been confused. Air strikes will not be able to win the battle against extremism. You have to defeat ISIS on the ground. And you have to deal with the main cause and source of extremism, which is the regime itself," he added.

She added, "You have an illegitimate and exceedingly violent leadership that has created conditions that have not only been so harmful to the population, but have made it a very attractive magnet for terrorists."

Hagel warned that Assad may "benefit" from U.S.-led airstrikes targeting ISIS. "As we and the coalition go after ISIS to help the Iraqis secure their government, but also the Middle East, yes, Assad derives some benefit from that, of course," Hagel said.