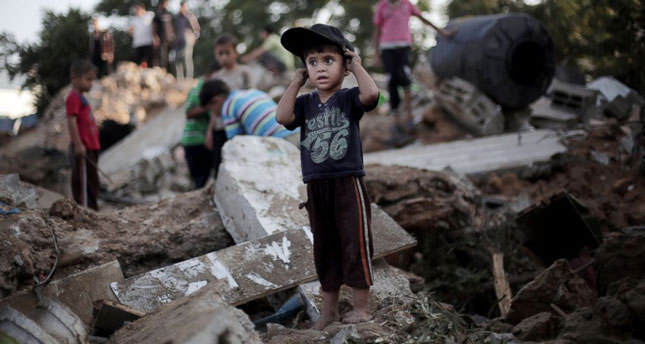 Even after the U.N. established a board to investigate the 2014 Gaza conflict, previous U.N. resolutions show that no significant progress has been made to solve the Israeli-Palestinian conflict

United Nations Secretary-General Ban Ki-moon appointed a five-member board on Monday to investigate Israeli attacks on U.N. shelters during the Gaza conflict. The board of inquiry, led by retired Dutch General Patrick Cammaert, will "review and investigate a number of specific incidents in which death or injuries occurred at, and/or damage was done to United Nations premises," said U.N. spokesman Farhan Haq.

Since the start of the Gaza conflict in July, the U.N. chief has been voicing his concern over Israeli deadly strikes on civilians' residential areas and U.N.-run schools. Despite the apparent war crimes committed by Israel, there have been no sanctions imposed on Israel by the international community to stop its ever-increasing threat to Palestinians' lives in the occupied territories, including East Jerusalem. Previous resolutions adopted by the U.N. prove that no improvement has been made so far regarding the continuing Israeli-Palestinian conflict. U.N. resolutions have little impact to prevent further violations of the human rights of Palestinians as Israel keeps continuing to violate international law, yet has faced no sanctions from the international community thus far.

Recalling the 2014 Gaza conflict that left 2,100 Palestinians dead and 11,000 injured while partially or completely destroying thousands of residential structures across the territory, the U.N. Human Rights Council (UNHRC) adopted a resolution on July 23 to establish an independent commission of inquiry into the violations of human rights and international law in the Gaza Strip. The 46-member council met in Geneva in July, in the headquarters of the UNHRC, to open a special session on the human rights situation in the occupied Palestinian territory, mainly in the Gaza Strip. A total of 29 states cast their votes in favor of a Palestinian-drafted resolution, with support from Arab and Muslim countries, China, Russia, Latin American and African nations, while 17 states, including some European nations abstained. The United States was the only member country to vote against the resolution. The independent commission was established to report Israel's war crimes and human rights violations to the 28th session of the UNHRC, which will take place in March 2015. The commission will review all documentation and information related to the Gaza conflict, submitted no later than January 10, 2015.

Another U.N. fact-finding mission was formed to investigate possible crimes committed by the Israeli Defense Force (IDF) during its deadly operation on Gaza which took place from December 27, 2008 to January 18, 2009. The mission, published in the Goldstone report in September 2009 accused both Israel and Hamas of deliberately targeting civilians. Whether the U.N. reports were guided by human rights and international human rights has been of crucial importance, as politics still remains the main driving force for countries to solve the ongoing conflict. More than 1,500 Palestinians were killed during the 2009 Gaza conflict.