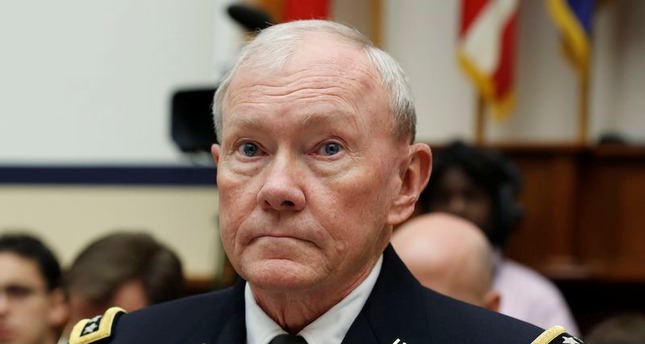 by reuters
Nov 13, 2014 12:00 am
Iraq will need about 80,000 effective military troops to retake the terrain it lost to ISIS militants and restore its border with Syria, the top U.S. general said on Thursday.

"We're going to need about 80,000 competent Iraqi security forces to recapture territory lost, and eventually the city of Mosul, to restore the border," Army General Martin Dempsey, the chairman of the Joint Chiefs of staff, told a congressional hearing.

Dempsey said the request for more U.S. forces in Iraq would create centers to help train the additional troops needed.