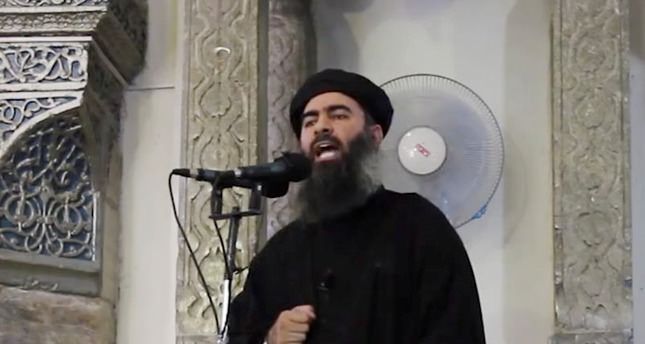 by French Press Agency - AFP
Nov 13, 2014 12:00 am
The ISIS group released an audio recording on Thusday, which it claimed was of its chief Abu Bakr al-Baghdadi, days after an air strike on the group's leaders in Iraq sparked rumours he had been wounded or killed.

In the 17-minute message, Abu Bakr al-Baghdadi called for attacks in Saudi Arabia, said his Caliphate was expanding across the Arab world and called for volcanoes of war across the globe in his speech.

Baghdadi also said that a U.S.-led military campaign against his group in Syria and Iraq was failing.

Reuters could not independently confirm the authenticity of the speech, which was carried on group's websites.