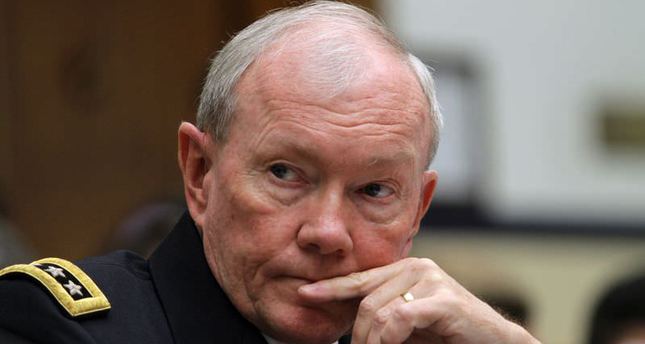 It was Dempsey's first trip to Iraq since President Barack Obama, alarmed by Islamic State advances, ordered non-combatant American forces back into the country this summer, less than three years after withdrawing U.S. troops from Iraq. The United States began carrying out air strikes in August.

"I want to get a sense from our side about how our contribution is going," Dempsey, chairman of the U.S. military's Joint Chiefs of Staff, told Reuters shortly before landing in Baghdad.

"I want to hear from those actually doing the lifting that they've the resources they need and the proper guidance to use those resources."

"This will work best if we're enabling (Iraq's) plan," Dempsey, who last visited Iraq in 2012, said.


Dempsey's visit comes in the wake of Iraqi battlefield advances touted by U.S. officials, including retaking areas around the country's biggest refinery near the city of Baiji.

Kurdish forces pushed the Islamic State out of the town of Zumar in northern Iraq and U.S. air strikes hit a gathering of Islamic State battlefield commanders near Mosul just over a week ago.

Still, the Islamic State remains defiant, and has dug into key Iraqi cities, including Mosul.

An audio message purported to be from the group's leader this week urged supporters in Saudi Arabia to take the fight to the rulers of the kingdom, which has joined the U.S.-led coalition in mounting air strikes against the Islamic State group in Syria.


About 1,400 U.S. troops are now on the ground, just below the previous limit of 1,600 troops. The new authorization from Obama gives the U.S. military the ability to deploy up to 3,100 troops.