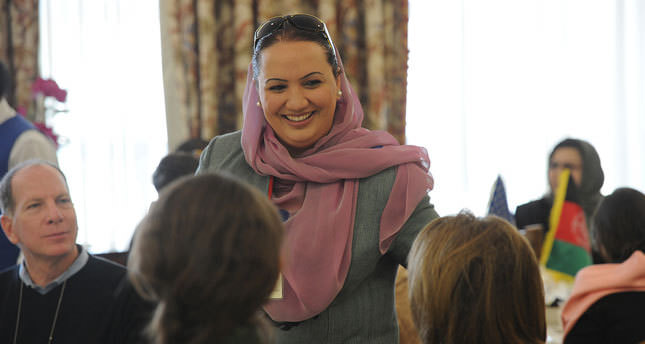 by Nov 16, 2014 12:00 am
An outspoken female Afghan lawmaker survived a suicide bombing attack on her vehicle on Sunday, suffering slight wounds, but three civilian bystanders were killed, a police spokesman said. Member of parliament Shukria Barakzai is a women's rights advocate and a close ally of new President Ashraf Ghani, who condemned the attack in a statement. "I survived because of my people's prayers," Barakzai told Reuters by telephone from her hospital bed.

The bombing was the latest to target members of the U.S.-backed Afghan government, which is fighting a fierce onslaught by the Islamist Taliban movement as most foreign combat troops prepare to leave Afghanistan by the end of the year.

Hashmat Stanekzai, a spokesman for Kabul's police chief, said three civilians were killed by the suicide attacker and more than 10 wounded. Stanekzai said social media reports that Barakzai's daughter had been killed were not correct. Barakzai told Reuters in a 2005 interview that she had run a secret school for girls during the Taliban's five-year rule, during which harsh restrictions were imposed on women.

The Taliban's government was toppled by U.S.-backed Afghan forces after it refused to hand over the al Qaeda planners of the Sept. 11, 2001, attacks on the United States.

Barakzai is a member of the team Ghani appointed to help choose a new Cabinet after he took office in late September after a lengthy and bitter dispute over election results with rival Abdullah Abdullah finally ended in a coalition government. Continued disputes between the two camps have delayed the new Cabinet's appointment.