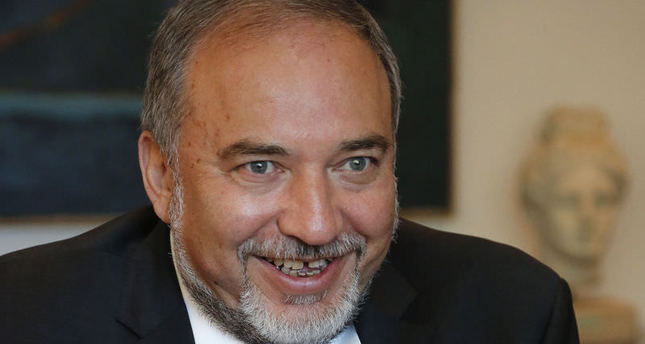 by AA Nov 16, 2014 12:00 am
Israeli Foreign Minister Avigdor Liberman asserted Sunday that his country will never stop building Jewish-only settlement units in East Jerusalem, dismissing international criticism of the Israeli policy in this regard.

"Anyone who dreams that the government of Israel will cave [to pressure] and will limit building in Jerusalem is mistaken," Liberman was quoted by The Jerusalem Post as saying during a meeting with visiting German Foreign Minister Frank-Walter Steinmeier.

"We will never accept any definition of building in Jewish neighborhoods in Jerusalem as settlement activity," he went on to say.

"There is broad consensus for that stand among Jews in Israel and abroad," Liberman added.

Israel occupied East Jerusalem during the 1967 Middle East War. It later annexed the historic city in 1980, claiming it as the capital of the self-proclaimed Jewish state-a move never recognized by the international community.

Sacred to both Muslims and Jews, Jerusalem is home to the Al-Aqsa Mosque, which for Muslims represents the world's third holiest site.

Jews refer to the area as the "Temple Mount," claiming it was the site of two Jewish temples in ancient times.

Palestinians accuse Israel of waging an aggressive campaign to "Judaize" the city with the aim of effacing its Arab and Islamic identity and ultimately driving out its Palestinian inhabitants.

Palestinian negotiators, for their part, say that Israeli settlement building must stop before stalled peace talks can resume.