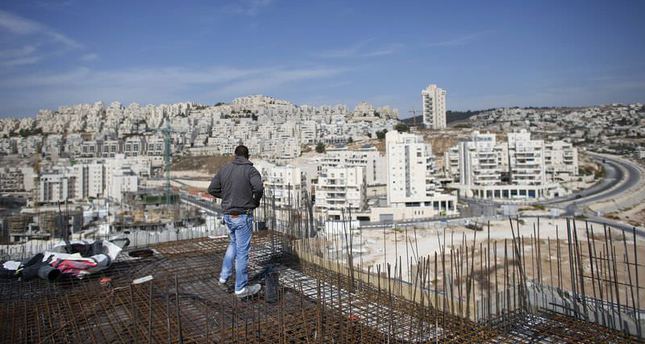 Israel vowed a harsh response to the synagogue attack that left six dead in Jerusalem. PM Netanyahu ordered the arrest of dozens of Palestinians and the demolition of the suspects’ homes

The tension between Israeli and Palestinian communities that escalated after illegal Jewish settlers and Israeli security forces raided Jerusalem's Al-Aqsa Mosque compound two weeks ago, continues to rise after two Palestinians carried out an attack on a Jerusalem synagogue on Tuesday that left six Israelis dead and seven others wounded. The latest attack was condemned by the international community including Palestinian Authority (PA) President Mahmoud Abbas.

"The time has come to end [Israeli] occupation and all the causes of tension and violence," a statement released by Abbas's office said. Contrary to the condemnation released by Abbas's office, Hamas, which governs the Gaza Strip, praised the attack. "The operation in Jerusalem is a response to the murder of the martyr Yusuf Ramouni and to the series of crimes by the occupier at Al-Aqsa and Hamas calls to continue these operations," Hamas spokesman Sami Abu Zuhri said in a statement, "Hamas calls for more operations like it." An armed faction, for its resistance against Israeli occupation, Islamic Jihad, made a similar statement: "Islamic Jihad salutes the operation in Jerusalem, which is a natural response to the crimes of the occupier." Hamas was referring to a bus driver who was found hanged inside his vehicle in East Jerusalem, which is under Israeli occupation. Although the autopsy by the Israeli police claimed it was a suicide, the victim's family said that they did not believe the results.

Prime Minister Benjamin Netanyahu of Israel vowed harsh retaliation for the attack and ordered the demolition of the homes of the attackers without completing a legal investigation. Netanyahu condemned the deaths of the "innocent and pure Jews." In a nationally televised address, he accused Abbas of inciting the recent violence and said the Palestinian leader's condemnation of the attack was insufficient. In response to the violence the Israeli military said early Wednesday that it had demolished the East Jerusalem home of a Palestinian involved in the October attack on a Jerusalem train stop that killed a 3-month-old baby girl and a 22-year-old woman. Abdel Rahman al-Shaludi was shot dead by police after he rammed his car into the stop. Netanyahu has repeatedly said he will not change that arrangement, but the violence has spread beyond Jerusalem, with deadly stabbings in Tel Aviv and the West Bank last week, while the fatal shooting of a young Arab protester in northern Israel by police, apparently as he was walking away from an officer, has added to the tensions. Late Tuesday several hundred Jewish youths marched through downtown Jerusalem blocking traffic and chanting, "Death to Arabs."

Police identified the synagogue attackers as Ghassan and Oday Abu Jamal, cousins from the Jabal Mukaber neighborhood in East Jerusalem. Police spokesman Micky Rosenfeld said the assailants were killed in a shootout with police that left one officer critically wounded. He said police were still trying to determine how the men had chosen their target. Mohammed Zahaikeh, a social activist in Jabal Mukaber, said he did not know whether the cousins were politically active. He said Ghassan was 27, married with two young children and worked in a clothing store. Oday, 21, was not married and was an interior decorator. He said both men were quiet and residents were surprised by the attack. Clashes later broke out outside the assailants' home, where dozens of police officers had converged. Residents hurled stones at police who responded with tear gas and stun grenades. Residents said 14 members of the Abu Jamal family were arrested. Also, in Ramallah and other parts of the West Bank, agencies reported that dozens of Palestinians were arrested overnight after Israeli forces raided on the neighborhoods.

Israel captured East Jerusalem in the 1967 Six-Day War and later annexed the area. Yet the annexation has never been internationally recognized. Israeli forces have been demolishing Palestinians' homes in order to open new space for illegal Jewish settlers, banning many Palestinians from visiting Al-Aqsa compound and in the last assault on Gaza, the Israeli army killed more than 2,100 Palestinians.