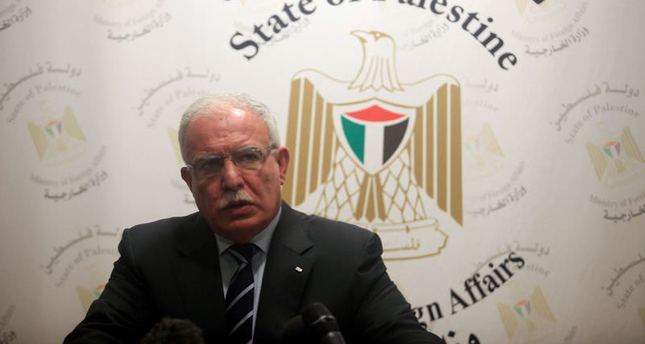 In a statement, al-Maliki voiced the Palestinian unity government's gratitude for the move, especially to those Spanish political parties that had voted to endorse the resolution.

"This recognition [of Palestine] comes as a result of political and diplomatic efforts exerted by the Palestinian Foreign Ministry through its embassies abroad," al-Maliki said.

Palestine's top diplomat urged the Spanish government to heed parliamentary calls to recognize the State of Palestine, calling for similar resolutions by other European parliaments.

In a Tuesday parliamentary session, the resolution -backed by the opposition Socialist Workers Party- won 319 out of 322 votes cast.

The party had said earlier that the resolution sought "to ensure stability in the Middle East, respect peoples' rights and promote security that will guarantee peace between the two states of Israel and Palestine in accordance with international law."

The non-binding resolution said the recognition of Palestine as a sovereign state should be encouraged in the international community, particularly within the European Union.

The British House of Commons last month voted in favor of recognizing Palestine as a state "as a contribution to securing a negotiated two-state solution."

Sweden's left-wing government went further and formally recognized the State of Palestine, prompting Israel to recall its ambassador from Stockholm.

And the French National Assembly will vote on November 28 on a proposed non-binding resolution to recognize Palestine.

A handful of European countries-including Hungary, Poland and Slovakia-have already recognized Palestine as a state. They all did so, however, before joining the E.U.

In late 2012, Palestine was granted non-member observer status at the United Nations.

The roots of the Israel-Palestine conflict date back to 1917, when the British government, in the now-famous "Balfour Declaration," called for "the establishment in Palestine of a national home for the Jewish people."

Israel occupied East Jerusalem and the West Bank during the 1967 Middle East War. It later annexed the holy city in 1980, claiming it as the capital of the self-proclaimed Jewish state - a move never recognized by the international community.

Palestinians, for their part, continue to demand the establishment of an independent state in the Gaza Strip and West Bank, with East Jerusalem as its capital.