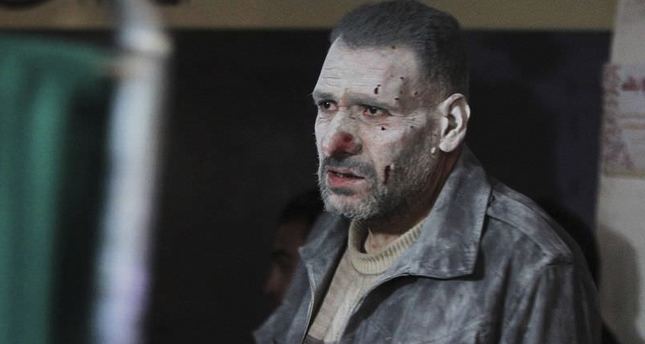 Syria's once-promising economy has been set back more than 30 years by its brutal civil war, economists say, and it may never recover. Squeezed by sanctions and the fallout of the more than three-year-old conflict, the government faces dwindling revenues and is increasingly dependent on aid from key allies Iran and Russia. Inflation is in the double digits, half the population is unemployed, and international trade has plummeted.

"We've lost a decade in terms of human development indicators, and in terms of the economy today, it's back to the size it was in the 1980s," said Bassel Kaghadou, a U.N. official working on ways to rebuild Syria's society and economy.

"Syria as it was will never exist again. The economy will be smaller. The population will be smaller," said Kaghadou, program director of the National Agenda for the Future of Syria.

Before the conflict began, Syria had a higher gross domestic product (GDP) than countries like Tunisia and Jordan, and it ranked favorably on human development indicators including health and education. But with the brutal violence that followed a crackdown on anti-government protests, regional investors fled, key infrastructure has been destroyed, and the economy has withered.

"We estimate that GDP has contracted by over 40 percent," said May Khamis, division chief at the International Monetary Fund's Middle East and Central Asia department. "Oil production has come to a near halt. ... Year-on-year inflation has risen from 4 percent in June 2011 to over 120 percent in August 2013 and remains close to 50 percent as of May 2014." U.N. figures say the country's exports and imports have both declined by more than 90 percent, and unemployment exceeds 50 percent. Damage has been compounded by Western-led sanctions, particularly targeting the oil and banking sectors.

Oil exports have dropped to almost zero, and the central bank and state-owned banks are internationally blacklisted. The measures have had a knock-on effect too, prompting companies to avoid work in Syria for fear of reputational damage, said Jihad Yazigi, editor-in-chief of economic news site The Syria Report. "Lots of businesses don't want to work in Syria ... because of the potential consequences, for example, for their work in the U.S. or elsewhere," he said.

Yazigi said he forecast a short-term "continuous, gradual decline" in the economy, but said the government would remain afloat and pay salaries with help from allies, Russia and Iran.

The U.N. program Kaghadou leads anticipates at least a decade of post-war rebuilding and reconstruction in the face of major challenges, including a "huge loss of human capital" and a generation with disrupted education. And with little sign of a resolution to the conflict on the horizon, its work remains theoretical for now. "The opportunity is slipping away by the day," Kaghadou said.