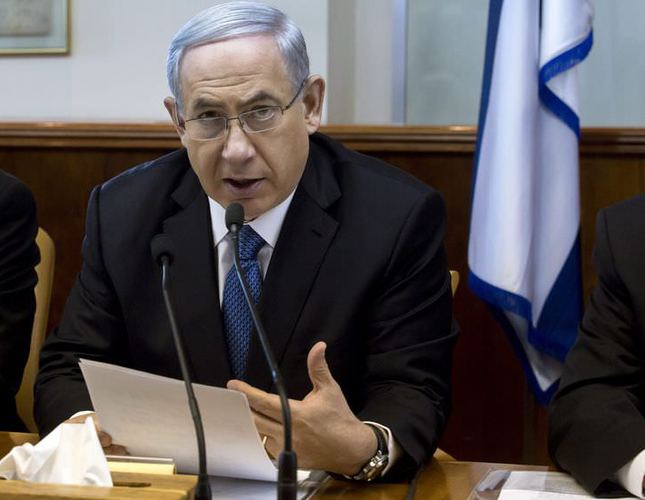 A new bill approved by the Israeli cabinet yesterday will pave the way for the country to be officially described as “the national homeland of the Jewish people,” institutionalizing discrimination against Palestinians

The peace between Israel and Palestine will seemingly be harder to achieve as Israeli ministers voted on Sunday to change the status of the country, describing Israel as "the national homeland of the Jewish people," instead of "Jewish and democratic." The further elimination of democracy in the Israeli state proves that the Palestinian community will face growing discrimination as the country loses more democratic architecture. With its 1.7 million Arab citizens, Israel, through "the Jewish state bill," will choose to give prominence to the Jewish community over the Palestinians. The Israeli Parliament will vote on the proposed bill on Wednesday and decide whether the proposal becomes law.

"There are those who would like the democratic to prevail over the Jewish and there are those who would like the Jewish to prevail over the democratic. And in the principles of the law that I will submit today, both of these values are equal and both must be considered to the same degree," Israeli Prime Minister Benjamin Netanyahu said while insisting that the law would give equal weight to both communities.

The law has received severe criticism from members of the Israeli parliament, mostly coming from the center and the left as they fear that the law would only "institutionalize discrimination" against Palestinians. Majd Kayyal of Adalah, the Legal Centre for Arab Minority Rights in Israel, underscored the undemocratic character of the law as leading to "the institutionalization of racism, which is already a reality on the street, in both law and at the heart of the political system," as reported by AFP news agency. "Democracy guarantees that all citizens have the same rights and are equal before the state but this racist change introduces a distinction on the basis of religion," he added.

Meanwhile, the volatile situation in East Jerusalem, which has seen clashes between Israelis and Palestinians, may trigger further social unrest and threaten peace in the Middle East. Some Jewish settlers fired on a Palestinian home in the occupied West Bank on Sunday and "Death to Arabs" was reportedly daubed on a wall in Hebrew calling for revenge, a display of growing Israeli anger toward Palestinians. Amid strained tension, Palestinian President Mahmoud Abbas warned that the current situation could turn the Israeli-Palestinian conflict into a religious conflict. "We warn against turning the political conflict into a religious one, because if it starts, it will not end," he said.

In addition, Israeli authorities stepped up its efforts to secure illegal Jewish settlers, according to Hareetz, an Israeli daily newspaper. The Finance Committee of Israel's parliament recently approved an additional $5.2 million to fund settlements in East Jerusalem in an effort to expand its influence over the enclave in the Palestinian district of Jerusalem.
Last Update: Nov 24, 2014 9:58 am
RELATED TOPICS